Click here to see the sample pic gallery. All sample pics can be downloaded.

The 12-24mm f/5.6 zoom is an ultra-wide zoom lens designed for mirrorless cameras. With an angle of view from 84° to 121°, the lens can be very useful for multiple scenarios. It also has a fixed f/5.6 maximum aperture throughout the whole zoom range which gives the photographer much greater control over the photo. The lens is relatively lightweight in its class. It is compressed to be around 3.3″/ 84mm long and weighs about 1.09lbs/ 497g. The lens is also compatible with 77mm filters (With the lens hood) and has a 15cm close-focusing distance. Easily creating interesting shots with good background separation. Like many of the Laowa lenses, this wide-angle lens also renders stunning 10-point sunstars.

Here is on of the first serious Canon EOS R7 hands-on reviews.

The EOS R7 is a unique proposition. It’s easy to see The R7 as a successor to Canon’s 7D Mark II, especially given Canon’s R5 and R6 were, more or less, mirrorless successors to their 5D Mark IV and 6D Mark II predecessors, respectively. But that isn’t quite the case with the EOS R7, as we hit on in the previous slide.

Despite offering similar specifications to the 7D Mark II in many respects, its price, interface and accessory lineup at launch is more in line with Canon’s X0D series of cameras. As it stands, it’s a proper enthusiast camera with features and specifications that should satiate the needs of most any enthusiast, be it for stills, video or some combination of the two.

[…] the R7 is a respectable camera for both stills and video. The fact Canon is using the same Digic X processor found in its more capable full-frame RF cameras – and is using dual UHS-II card slots – suggests Canon wants to position this as a more capable APS-C system. Read the review at DPReview…

Curious to learn about the Canon EOS R7 dynamic range? We have you covered. 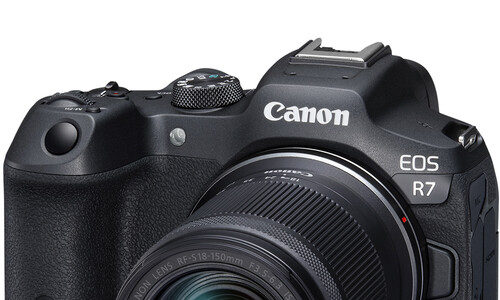 And yet another Canon EOS R7 review. This one comes with an eye on wildlife photography.

Duade Paton posted his Canon EOS R7 review, and lists what he thinks are 5 key features for wildlife photography:

I pre-ordered the Canon R7 and look at the 5 Key features for wildlife photography and why I think it is excellent value.

A new Canon EOS R7 review. It’s not stated but I am confident it is a pre-production model of the EOS R7.

[the reviewer] puts the EOS R7 through its paces, in its ideal habitat; photographing birds of prey. See the results and find out all about this impressive successor to the EOS 7D DSLR series. The EOS R7 is Canon’s flagship APS-C EOS R mirrorless camera. It packs precision AF, state-of-the-art image stabilisation and incredible speed into a next-generation mirrorless EOS R series body. The result is a true hybrid camera: able to tell stories with still and moving images. With you on every step of your creative journey.