San Diego, CA – October 21, 2021 – Sony Electronics Inc. today announced three new additions to its imaging line-up: the Alpha 7 IV interchangeable-lens camera (model ILCE-7M4) with a newly developed 33-megapixel (approx.,effective) full-frame image sensor, as well as two new flashes – the HVL-F60RM2 and HVL-F46RM.The Alpha 7 IV takes “basic” to the next level for full-frame cameras with excellent image quality and performance, redefining the lofty standards set by the acclaimed Alpha 7 III.  The new model features many of Sony’s most advanced imaging technologies, including the latest BIONZ XR™ processing engine and advanced AF (autofocus) capabilities from the flagship Alpha 1 combined with streamlined operability and enhanced reliability for photos and movies, making it the perfect all-around camera for today’s imaging enthusiasts and professionals. The Alpha 7 IV also boasts a 33MP (approx., effective) image resolution, rich movie expression and various features to support the growing demand for remote communication, bringing new meaning to what a “basic” camera can accomplish.“Since its introduction over three years ago, the Alpha 7 III has made tremendous impact in our industry, completely redefining the expectations for what can be accomplished with a ‘basic’, or entry-level full-frame camera,” said Yang Cheng, Vice President, Imaging Solutions, Sony Electronics Inc. “Now, it’s time to break through all existing boundaries again. The Alpha 7 IV brings together the best of Sony imaging technologies in both photo and video to deliver a high-end experience to a wider range of customers.  This gives today’s creators a new level of freedom to capture, create and share in ways that they’ve never been able to before, no matter the situation in which they find themselves.”

The new Alpha 7 IV is an exceptional hybrid camera packed with outstanding still image quality and evolved video technology with advanced autofocus, enhanced operability and improved workflow capability. The model was developed with the environment in mind by using Sony’s original recycled plastic SORPLAS™ for the camera body and packaging with recyclable[i] materials and less plastic.

The latest BIONZ XR™ processing engine is the same that is used in Sony’s flagship Alpha 1, delivering high-speed AF, uninterrupted continuous shooting up to 10fps[ii] with AF/AE tracking and a large buffer for a prolonged shooting experience. The Alpha 7 IV tracks subjects with tenacious Real-time Tracking and 759 phase-detection AF points in a high-density focal plane phase-detection AF system that covers approximately 94% of the image area. Additionally, for the first time, Real-time Eye AF can now track birds’ and animals’ eye for both still images and movies, in addition to humans. The Alpha 7 IV also has face and eye detection accuracy for humans that is improved by approximately 30% compared to the Alpha 7 III.

To meet the growing need for precise autofocus performance when shooting videos, unique AF features are achieved when using the Alpha 7 IV with a Sony E-mount lens, including AF Assist[iii] that supports focus transitions when using AF, and Focus Map that visualizes depth of field. For the first time in the Alpha series, the new camera features Breathing Compensation[iv] to combat focus breathing and maintain a consistent angle of view throughout focus changes and can be switched on or off.

The Alpha 7 IV is a hybrid still and video camera with outstanding operability and reliability that easily allows the user to switch from photo to video and back at their convenience. New to Sony’s lineup of Alpha cameras is a dual-layer mode dial, with a lower layer for selecting Still/Movie/S&Q and a top layer for Auto/P/A/S/M and MR (Memory Recall), enabling users to quickly select and switch between the dedicated settings. It also has 5-axis optical in-body image stabilization for a 5.5-step[v] shutter speed advantage, an improved grip for greater comfort, and a CFexpress Type A compatible media slot to support media with faster writing and clearance. Additionally, the 3.68 million-dot (approx.) OLED Quad-VGA viewfinder is 1.6 times the resolution of the Alpha 7 III viewfinder, benefiting users with an upgraded live-view image quality that minimizes false color and increases resolution.

The Alpha 7 IV body is built with magnesium alloy to achieve a robustness while minimizing its weight. In addition, the redesigned structure and lens lock button contribute to enhanced dust and moisture resistance[vii].

Canon has been sued by a user who discovered that his Canon PIXMA MG6320 All-In-One printer can not be used a scanner when ink runs out.

While using his Pixma MG6320 printer from Canon, the plaintiff was surprised to discover that the “all-in-one” machine would refuse to scan or fax documents if the printer ran out of ink.

As ink is not necessary to perform scans or faxes, the argument is that the printer features should continue to work even if there is no ink in the device.

It seems not to be the first case that users complain with Canon about this weird fact. The answer by Canon’s consumer support has always been the same:

This is indeed rather disappointing. To use your PIXMA printer as a scanner you are forced to buy ink cartridges, even if they are not needed by the scanning process itself. Not nice, Canon.

The lawsuit was filed in New York and looks at least $5,000,000 in awards, exclusive of interest, fees, and litigation costs. 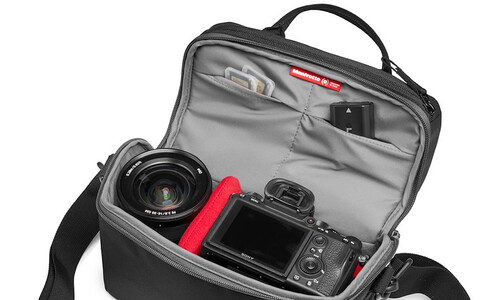 Get the Manfrotto Advanced II Shoulder Bag (medium, black) on sale at $29.99. Compare at $49.99. The bag is made of durable nylon with an exterior that has been treated with a water-resistant coating. Good camera bag at a bargain price. 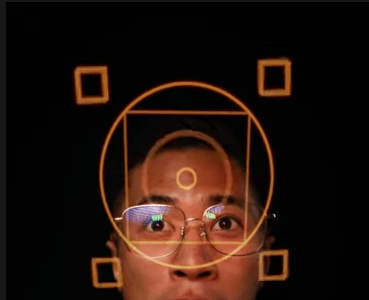 You likely know that the Canon EOS R3 has eye control AF. Ever wondered how it looks and feels? Here you are.

The short 20 seconds video by CanonUSA gives a rather good idea about how eye control AF works. The Canon EOS R3 eye control AF is controlled by the user simply looking through the electronic viewfinder at the subject they want to focus on. You can see how the focus points follow the eye of the photographer. One could say: the autofocus is in the eye oft the beholder.

This year again we are happy to feature the 5DayDeal. You can save really big on courses and learning material about photography, and also contribute to make the world better by helping charities.

You get $2,200K+ in value sold for only $89, but only for the next 5 days. Here is what you get in the main bundle and in the other bundles that you can purchase with huge discount.

A new Sony lens for professional photographers. The Sony FE 70-200mm f/2.8 GM OSS II has been redesigned and comes with a new optical formula.

Gordon from Camera Labs already had the chance to test the lens.

Sony Electronics Continues to Redefine Excellence in Imaging with the Introduction of the new FE 70-200mm F2.8 GM OSS II

“Sony is always listening to our customers. Thanks to feedback from users around the world, including leading professionals, Sony continues to develop and evolve the G Master lineup,” said Yang Cheng, Vice President, Imaging Solutions, Sony Electronics Inc. “The FE 70-200mm F2.8 GM OSS II is lightweight and offers outstanding handling in any shooting situation. The newest addition to our G Master series will make a perfect telephoto zoom addition to any creator’s kit who is looking to maximize their gear potential for both stills and video.”

Designed to perfectly pair with Sony’s E-mount camera bodies, the FE 70-200mm F2.8 GM OSS II not only offers outstanding optical quality and advanced AF performance, but it is the lightesti F2.8 70-200mm zoom in the world and allows for unprecedented shooting freedom and flexibility. Sony continues to strengthen the Alpha system with this newest addition to the broadest selection of mirrorless lenses on the market as the 65th lens in its E-mount lens lineup.

New Levels of Performance
The new FE 70-200mm F2.8 GM OSS II delivers outstanding image quality with high resolution and clarity. Users can expect a clean and clear image from corner to corner throughout the entire zoom range, even when the aperture is wide open. Thanks to the two aspherical lens elements, including one XA (extreme aspherical) element manufactured to 0.01-micron surface precision, the FE 70-200mm F2.8 GM OSS II effectively controls distance-related aberration variations to ensure outstanding resolution throughout the image area.

Smooth, beautiful bokeh is made possible by a large F2.8 maximum aperture and a newly developed 11-blade circular aperture unit. In addition, the lens’ advanced optical design including an XA element thoroughly suppresses the unwanted ‘onion ring’ effect, further enhancing the bokeh. The FE 70-200mm F2.8 GM OSS II also offers excellent close-up performance with deep bokeh. The minimum focusing distance is just 15.7 inches (0.4 meters) at 70mm and 32.3 inches (0.82 meters) at 200mm, with a maximum magnification of 0.3x. Moreover, the FE 70-200mm F2.8 GM OSS II can be easily paired with Sony’s high-performance 1.4x or 2.0x teleconverteriii to extend the lens’ focal length to 400mmiv at an F5.6 aperture, all while maintaining its G Master quality.