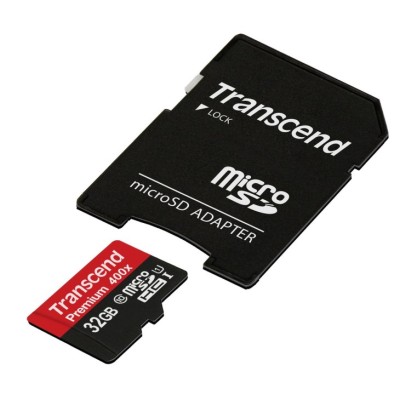 Amazon Germany has a Blitzangebot (Lightning Deal) for the Transcend UHS-I Premium Micro SDHC 32GB Class 10 memory card, selling at €10.49 instead of €14.90.

Product description (in German) after the break.

Transcend announced new SD memory cards that will appeal to all those taking pictures in harsh to very harsh settings, or who just want to save their pics on a extremely robust and weather-sealed memory card. The Transcend UHS-II U3 4K ready SD card has the following specs: