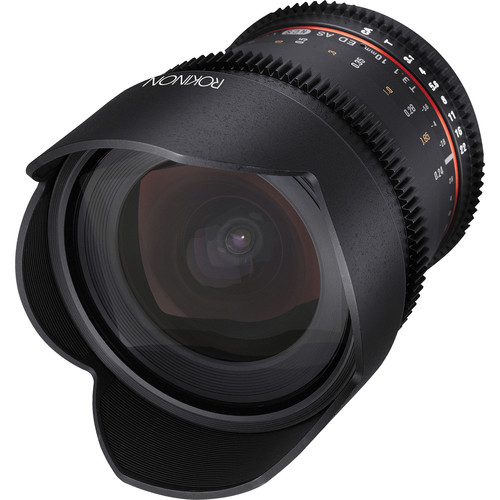 Specifications and product description after the break.

Here are all the lenses Samyang officially announced today. And yes, they released the 35mm f/1.4 AE lens for Canon mount (spec sheet here) – Samyang’s first lens with electronic contacts for Canon (if I am not wrong).

New products branded with Samyang logotype include an interesting 35mm f/1.4 lens with Canon EF mount, the latest version will feature AE (Auto Exposure) function, which was fitted only in lenses with Nikon F mount before. The newest version of the lens that is marked with AE symbol comes with a microprocessor which can electronically confirm the focus value from the body level. The lens’s construction remained unchanged and still ensures a perfect optical and mechanical quality. Samyang 35mm f/1.4 has been designed to work with Canon digital reflex cameras equipped with full-frame and APS-C sensors.

Specifications after the break.

3 of the 4 lenses Samyang announced today have their respective product page at Samyang Korea. The new lenses are for Canon EF and EF-M (EOS M) mounts.

The new Samyang/Rokinon/Bower lenses can be pre-ordered at B&H Photo:

No 35mm with AF as I’ve speculated. But 4 new lenses announced today by Samyang (aka Rokinon aka Bower aka Walimex).

The new lenses are for Canon EF and EF-M (EOS M) mounts:

Product descriptions after the break