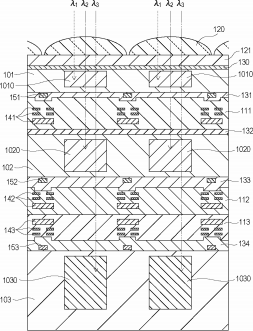 Egami (translated) spotted another highly interesting patent filed by Canon. The patent refers to a 3 layer, Foveon-like sensor with an insulator film applied. The film helps reduce reflection and flares.Very interesting patent, and not the first of this kind we report about, similar patents showed up in the past (here and here).

This is the third Canon patent about a Foveon-like sensor I am featuring here on CW. I think to start that such a sensor technology is definitely on Canon’s plans.

Canon Patent To Improve AF In Lenses With Reflective Optics

A new Canon patent was spotted. Autofocus improvement for mirror lenses, i.e. lenses with a…