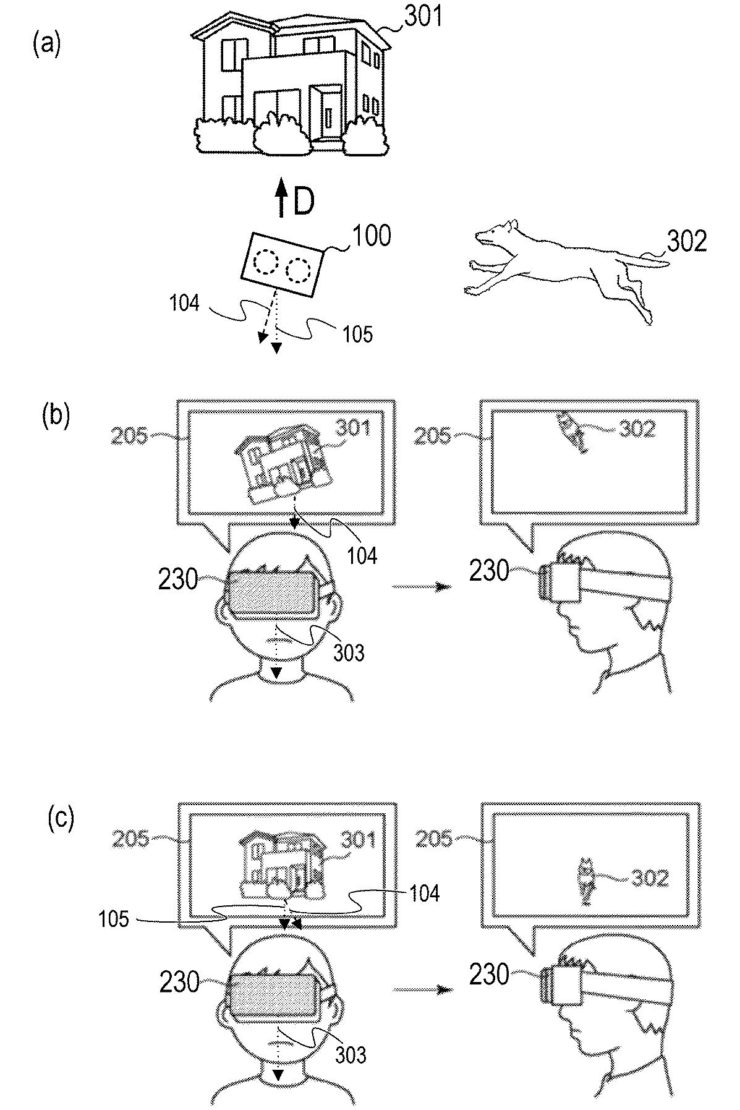 Various Canon patent applications that deal with VR applications have been spotted by asobinet.com. Likely they are related to the RF 5.2mm f/2.8L lens.

PROBLEM TO BE SOLVED: To provide an electronic device capable of more preferably displaying a VR image captured by using a plurality of optical systems.

[…] to obtain a wide-angle image with parallax using two optical systems, known technique for displaying a VR (Virtual Reality) image having a stereoscopic effect by displaying maps on the virtual sphere. A twin-lens VR camera for capturing an image with parallax has two optical systems oriented in the same direction, and captures two images with parallax by one imaging operation. As a twin-lens VR camera, a camera that captures a wide range of 180 degrees (hemisphere, 90 degrees in all directions from the center of an image) or more in each optical system is known. In addition, as a VR display method, “single-lens VR display” that displays one image by transforming the VR image into a virtual sphere, and VR images for the left eye and the right eye are displayed side by side in the left and right areas. “Binocular VR display” is known.

PROBLEM TO BE SOLVED: To appropriately dimm an external light entering between a head-mounted display (HMD) and a face.

PROBLEM TO BE SOLVED: To improve the compression rate of a moving image composed of a frame image having distortion of a lens and to suppress the processing amount.

Conventionally, a lens for stereoscopic photography has been used as an interchangeable lens system. By using a stereoscopic lens, a pair of left and right parallax images can be captured. When playing back a captured still image or moving image, the image for the right eye is displayed on the user’s right eye, and the image for the left eye is displayed on the left eye. As a result, an image having a parallax is projected on the right eye and the left eye, so that the user can visually recognize the image having a stereoscopic effect. As a related technique, a stereo adapter of Patent Document 1 has been proposed. The stereo adapter of Patent Document 1 has a left opening for capturing a left image and a right opening for capturing a right image, and is left in each region horizontally divided into two in the image pickup unit of the camera. The image and the right image are imaged at the same time.

You read it right. This Canon patent application might refer to a selfie stick that…

Remember the overheating soap opera that came along with the Canon EOS R5? Here is…

This Canon patent application might point to the next generation of Canon's Defocus Smoothing technology.…