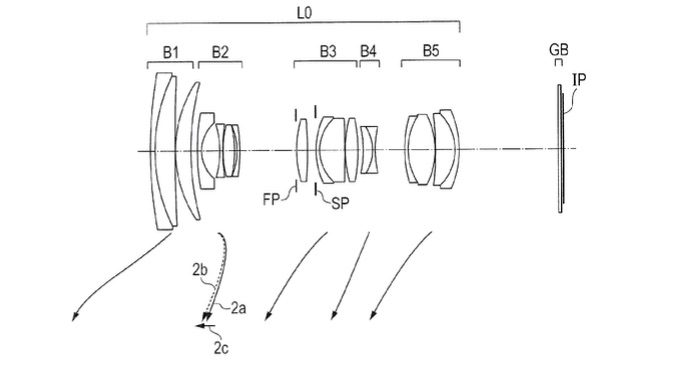 Another Canon patent. An optical formula for a EF 24-105 f/4 lens has been filed by Canon.

The mere fact that Canon (or any other company) makes a patent application for an optical formula (aka lens) does not mean you will see this lens anytime soon. Patents are primarily a way for companies to secure their research. Very few of the many Canon patents you are seeing on the net will ever make it into production.

However, we spend a lot of time to search for patents that might go into production. I think the following patents have a fair chance to be implemented in upcoming Canon cameras:

The patent we are featuring today has a very little chance to go into production in my opinion. However, it’s Canon research so we will feature it. Also, note that there is no image stabilisation in this optical formula.

Canon patent US20170374291 describes the optical formula for an EF 24-105 f/4 lens, a classic and widespread focal range for full-frame cameras. Nothing really new. The patent may apply to a lens Canon already made.

Again, a patent application does not mean that the described technology will go public soon. Patents are in first place a way for companies to secure their research. What they throw to the market is another story.