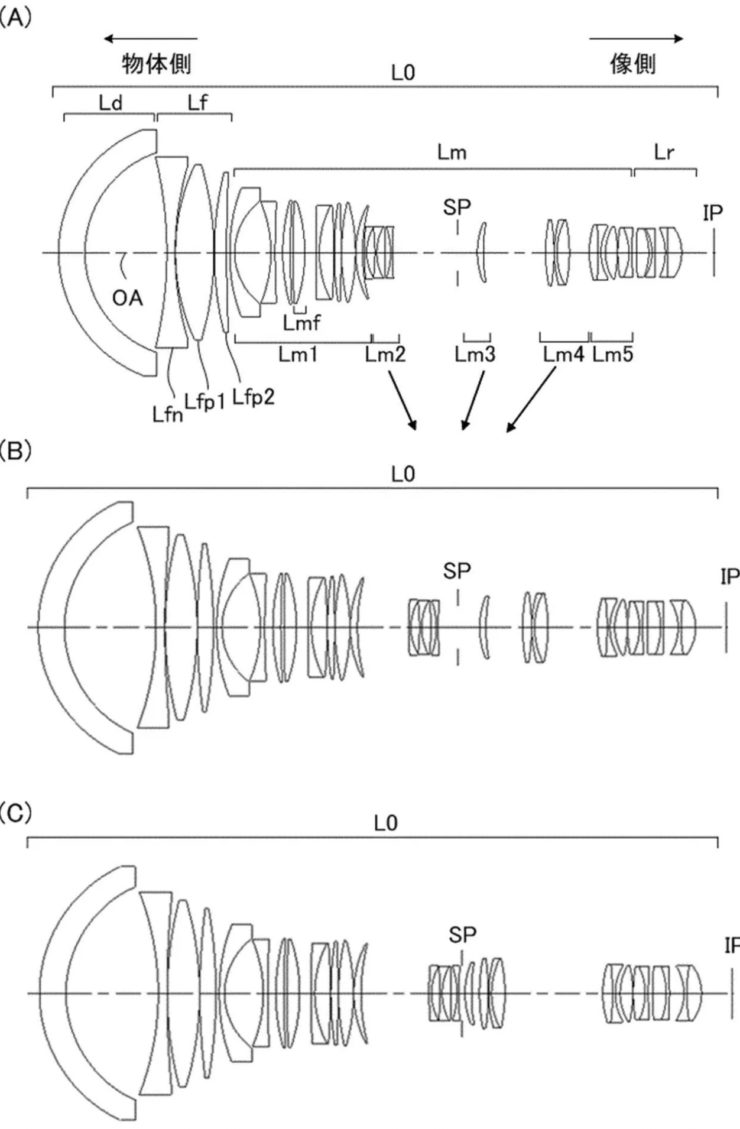 Very interesting Canon patent application. If I got it right, it is for a sort of underwater attachment optic you can mount on a telephoto lens. The optical system should deliver an optical underwater performance that’s close to what you get when using the lens on the surface (i.e. in “air”).

Canon patent application 2022-24363 (Japan) discusses technology and optical formulas for an optical filter system that gets mounted on a lens and should deliver much better optical performance under water.

PROBLEM TO BE SOLVED: To provide an attachment optical system capable of obtaining optical performance close to that in the case of use in air when used in water with a simple configuration.

Conventionally, an attachment optical system for mounting on an image pickup lens is known. In recent years, the number of users who enjoy shooting underwater is increasing, and the demand for an image pickup lens optimally designed for underwater use is increasing. Generally, as an underwater camera or an amphibious camera, a camera in which the camera is housed in an underwater housing or a camera in which the camera itself is provided with a waterproof mechanism is used. However, the refractive index and dispersion of water and salt water are different from those in air. For example, the refractive index for the d-line is about 4/3 with respect to air, and the dispersion is about 62 in Abbe number. Therefore, when an image pickup optical system whose aberration is sufficiently corrected in air is used in water, the refraction action at the interface between water and the image pickup optical system changes, and the optical performance deteriorates due to the change in aberration.

When an optical system that has been subjected to aberration correction on the assumption that it is used in air is used in water, the aberration changes as described above. Specifically, it is necessary to extend the focus lens group in order to generate curvature of field on the over side, distortion, and to shift the focus position to the rear of the image plane and return the focus to the image plane position. There is the occurrence of aberration fluctuation due to. Further, the change in aberration becomes more remarkable as the thickness of the housing mounted in front of the optical system becomes thicker when used underwater. With the attachment optical system disclosed in Patent Document 1 and Patent Document 2, it is difficult to cope with all of the above-mentioned changes in aberration, and the optical performance when used in water is close to that when used in air. Cannot be obtained.

asobinet.com suggests this is for movie application and less for stills photography. They also suggest it is for a zoom lens for the Canon EOS Cinema system.