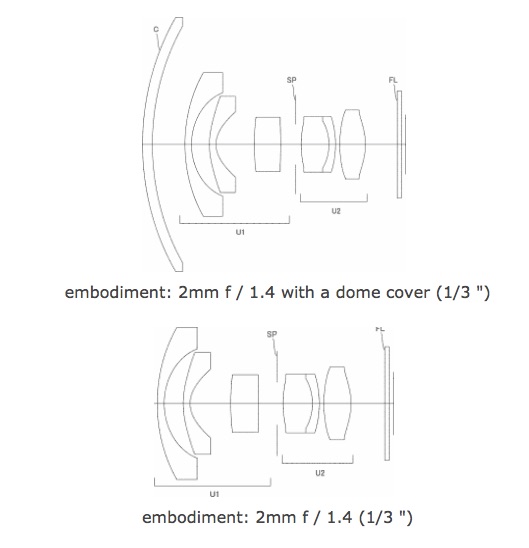 I totally missed this patent. Found it on Action Camera Rumors while surfing the web.

The patent was spotted by Egami (translated). The patent is for a 2mm f/1.4, weather-sealed lens. Such a lens could be used in surveillance cameras, or, as Action Camera Rumors suggests, for an upcoming action camera made by Canon. I think the lens in the patent will go on some surveillance camera (since Canon is already active in this domain). However, not all patents make into a market product.

Given all the hype around action cameras, who can say Canon is not planning one? Egami also mentions the possibility that such a lens would fit well on an action camera.