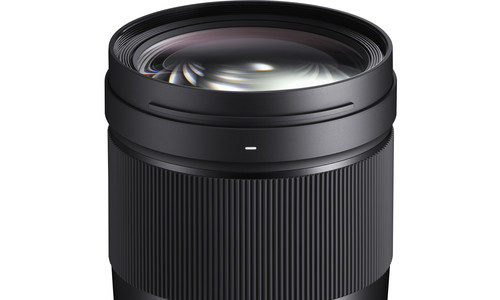 The TIPA World Awards distinguish the best products in the photo imaging market introduced during 2018-2019. These prestigious awards serve as an important benchmark and guide for consumers in making their purchasing decisions. The full list of the 2019 TIPA World Award winners can be found here.

Best DSLR Prime Lens: Sigma 40mm F1.4 DG HSM Art
The Sigma 40mm F1.4 DG HSM Art is Sigma’s first lens developed originally to live up to the sought-after angle of view and performance standard for a benchmark cine lens. With less than 1% distortion and near non-existent sagittal coma flare, this lens demonstrates consistent optical results featuring both 8K-compatible resolution and a beautiful bokeh. It is available now for Sigma, Nikon, Canon and Sony E-mount camera systems. The development of a native L-mount version has also been announced.

Best DSLR Telephoto Zoom Lens: Sigma 60-600mm F4.5-6.3 DG OS HSM Sports
The Sigma 60-600mm F4.5-6.3 DG OS HSM Sports is the world’s first 10x optical zoom telephoto lens with a tele end of 600mm. It offers excellent and consistent image quality, which is achieved throughout the entire zoom range. Its intelligent OS featuring the latest algorithm delivers an image stabilization effect of four stops. When shooting at the focal length of 200mm, this lens can also be used for telephoto macro photography, with a maximum magnification ratio of 1:3.3, thanks to its high rendering performance. Its multi-material build, which incorporates magnesium among other components, ensures durability and enhances portability, allowing for comfortable handling of the 10x zoom lens.

Best DSLR Professional Zoom Lens: Sigma 70-200mm F2.8 DG OS HSM Sports
The Sigma 70-200mm F2.8 DG OS HSM Sports is Sigma’s flagship large-aperture telephoto zoom lens that meets the most stringent needs of professional and advanced enthusiast photographers. Robust yet lightweight, the lens’ magnesium body ensures high mobility and its dust- and splash-proof structure together with the water- and oil-repellent coating on the front element ensure safe use even in the most challenging shooting conditions. It also incorporates intelligent optical stabilization with an acceleration sensor and the latest algorithm capable of panning in all directions. The lens’ optical design, incorporating 10 exclusive low-dispersion glass elements, allows for extremely high resolution, from the center to the corners. By optimizing spherical aberration, a smooth and natural bokeh effect is achieved when using the Sigma 70-200mm F2.8 DG OS HSM Sports for portrait photography.

MELVILLE, N.Y., April 2, 2018 – Canon U.S.A., Inc., a leader in digital imaging solutions, is proud to announce that it has received the 2018 ENERGY STAR® Partner of the Year – Sustained Excellence Award for continued leadership and superior contributions to ENERGY STAR. Canon U.S.A.’s accomplishments will be recognized by the U.S. Environmental Protection Agency and the U.S. Department of Energy at a ceremony in Washington, D.C. on April 20, 2018.

“Our company is one that truly practices what we preach in terms of providing environmentally conscious, energy-efficient products to our customers,” said Seymour Liebman, executive vice president, chief administrative officer and general counsel, Canon U.S.A. “Canon pays special attention to the impact that its products have on the planet that we inhabit and how we can make eco-friendly decisions for the betterment of us all, all of which is reflected in our corporate philosophy of Kyosei. We thank ENERGY STAR for their continued work and for this tremendous honor that they have presented to Canon.”

Canon has been an ENERGY STAR partner for over 20 years and offers nearly 200 ENERGY STAR certified products that incorporate advanced energy-efficient technologies, without compromising features or performance. This is the first time that Canon U.S.A. has received the ENERGY STAR Partner of the Year – Sustained Excellence Award. Canon U.S.A. has previously received Partner of the Year – Product Brand Owner Awards (2010, 2016 and 2017), as well as Excellence Awards for ENERGY STAR Promotion (2011) and Product Labeling (1996, 1997, 2001, 2002, 2003, 2005 and 2008).

“The 2018 ENERGY STAR Partners of the Year have demonstrated real leadership, showing how American families and businesses can save energy, save money, and reduce air emissions,” said Bill Wehrum, EPA Assistant Administrator for Air and Radiation.

The 2018 Partner of the Year – Sustained Excellence Awards are bestowed upon companies and other organizations demonstrating continued leadership in energy efficiency and commitment to the ENERGY STAR program. Winners hail from small, family-owned businesses to Fortune 500 organizations – representing energy-efficient products, services, new homes, and buildings in the commercial, industrial, and public sectors.

For a complete list of 2018 winners and more information about ENERGY STAR’s awards program, visit energystar.gov/awardwinners.

It’s ninth time lucky for the French-Spanish photographer, who predominantly shoots in the Middle East for titles including Le Monde, Le Figaro and The New York Times.