MELVILLE, NY, September 5, 2019 – Canon U.S.A. Inc., a leader in digital imaging solutions, today announced the launch of the DP-V3120, a new 31-inch professional 4K reference display that possesses an industry-leading* edge-to-edge luminance of up to 2,000 cd/m2 and a black level of 0.001 cd/m2. This combination creates a contrast ratio of an astounding 2000000:1**. When combined with the benefits of Canon’s award-winning HDR Toolkit, this display delivers a powerful combination of features and utilities for high-end HDR and 4K production workflows.

“HDR content is the latest frontier in creating television and movies that more closely resemble the look and feel of the world around us,” said Kazuto Ogawa, president and COO, Canon U.S.A., Inc. “With the new DP-V3120 4K Reference Display, Canon is equipping postproduction houses with the high brightness, rich black levels and high contrast ratio which helps properly monitor and develop video with high dynamic range. Together with the built-in suite of utilities that comprise our HDR Toolkit, we have created the proverbial total package for HDR production.” 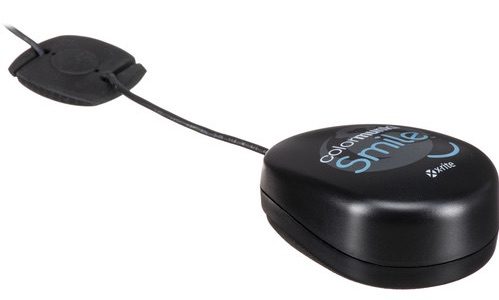 Only for today (3/26/19) B&H Photo has the X-Rite ColorMunki Smile Color Calibration Solution on sale at $69. Compare at $99. Free shipping. 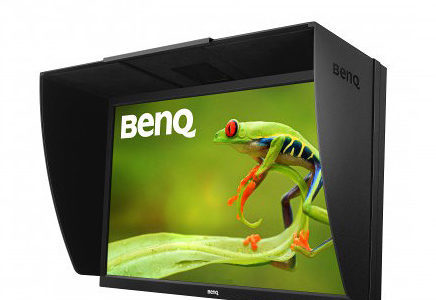 The BenQ SW2700PT covers 99% of the Adobe RGB color space for more accurate color representation for various types of photography. Aiding in the enhanced color accuracy of this BenQ monitor is the ability to calibrate the internal image processing chip, eliminating the need to tweak the graphics card in most situations. You can also take advantage of proprietary calibration software to ensure your monitor maintains the color accuracy it had on day one.

The new firmware updates permit 4K RAW video captured using the EOS C700 or the EOS C700 GS PL (scheduled to be released July 2017) to be viewed directly on the display using only a 3G-SDI cable, without the need for an external transitional device. The firmware also makes possible the acquisition of all image data from video captured using the EOS C700, EOS C700 GS PL as well as the EOS C300 Mark II, enabling the display of image setting values from the connected camera and metadata.

Furthermore, these updates enable the display of the cinema aspect ratio 2.39:1 for specialized shooting using a digital cinema camera equipped with an anamorphic lens. The addition of these new features delivers enhanced user convenience when confirming images during shooting.