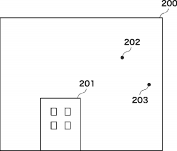 The patent refers to a technique for the generation of sharp images without star trails when taking photos of the night sky with long exposures. The purpose is to generate an image where a landscape and a star are made bright and a track of the star is prevented from appearing when a star and landscape photograph is taken.

Canon patent for an ND (Neutral Density) filter with antireflection coating. This patent may lead…

Another patent for an EF-M lens that could go to market sooner or later. The…