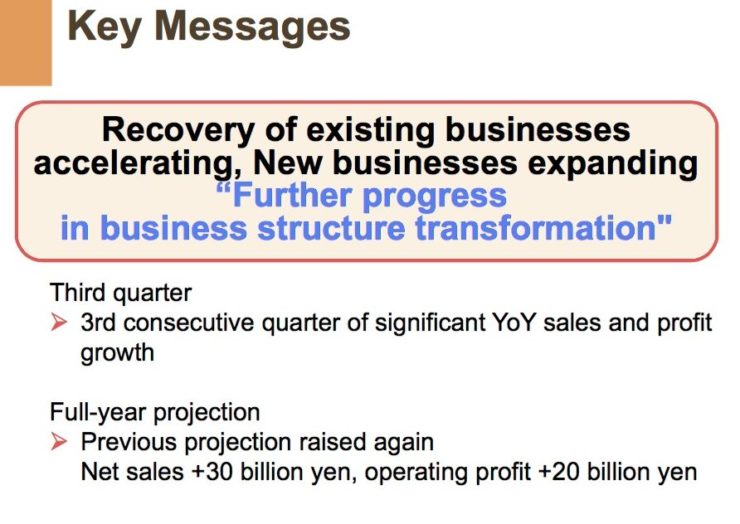 Canon published financial results for Q3 2017. Results are not bad for the Japanese Company, though “sales volume of interchangeable-lens digital cameras declined compared with the previous year“. However, apparently “newly launched models as EOS 6D Mark II enjoyed solid demand”. Can’t be such a bad camera after all.

The company describes their global market situation as follows:

As for the markets in which Canon operates amid these conditions, demand for office multifunction devices (MFDs) overall remained at around the same level as the previous year amid the increase in demand for color models, while demand for laser printers continued to recover in emerging countries, centered on China, as the economy recovered. Demand for cameras shrank moderately, while demand for inkjet printers remained at the same level as the previous year. Additionally, there was solid demand for medical equipment, mainly in developed countries. Within the Industry and Others sector, demand for flat panel display (FPD) lithography equipment and manufacturing equipment for organic LED (OLED) displays enjoyed strong growth. 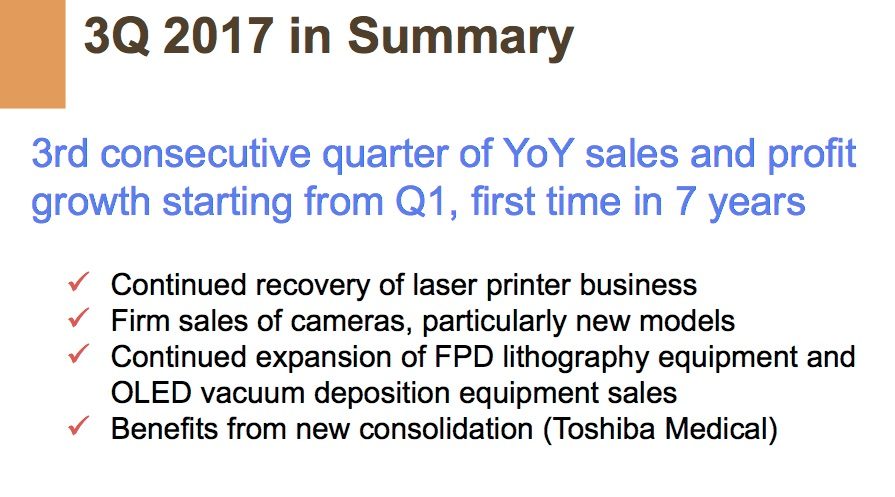 Within the Imaging System Business Unit, although sales volume of interchangeable-lens digital cameras declined compared with the previous year, owing to the shrinking market, unit sales of such newly launched models as EOS 6D Mark II enjoyed solid demand, allowing Canon to maintain the top share in the U.S., Japan, and major countries in Europe. As for digital compact cameras, sales of high-value-added models enjoyed solid demand; supported by healthy demand for the newly launched G9 X Mark II, part of the high-image-quality PowerShot G-series lineup, leading to an increase in unit sales from the same period of the previous year. Additionally, the decline in sales in the previous year due to shortages resulting from the Kumamoto earthquake contributed to the increase in unit sales for this year. As for inkjet printers, the newly designed home-use TS-series and refillable ink tank models that target emerging countries enjoyed strong demand, resulting in unit sales increasing from the same period of the previous year. As a result, sales for the business unit increased by 9.0% to ¥270.5 billion year on year, while operating profit totaled ¥39.2 billion, a year-on-year increase of 31.1%. Sales for the combined first nine months of the year totaled ¥795.3 billion, a year-on-year increase of 3.2%, while operating profit totaled ¥116.9 billion, a year-on-year increase of 26.1%.

All the documents regarding Canon’s Q3 2017 Financial Results are available to the public as PDF files:

For a quick overview have a look to the presentation material.

In their recent Q2 2022 financial results, Canon added a Q&A file to the documentation.…