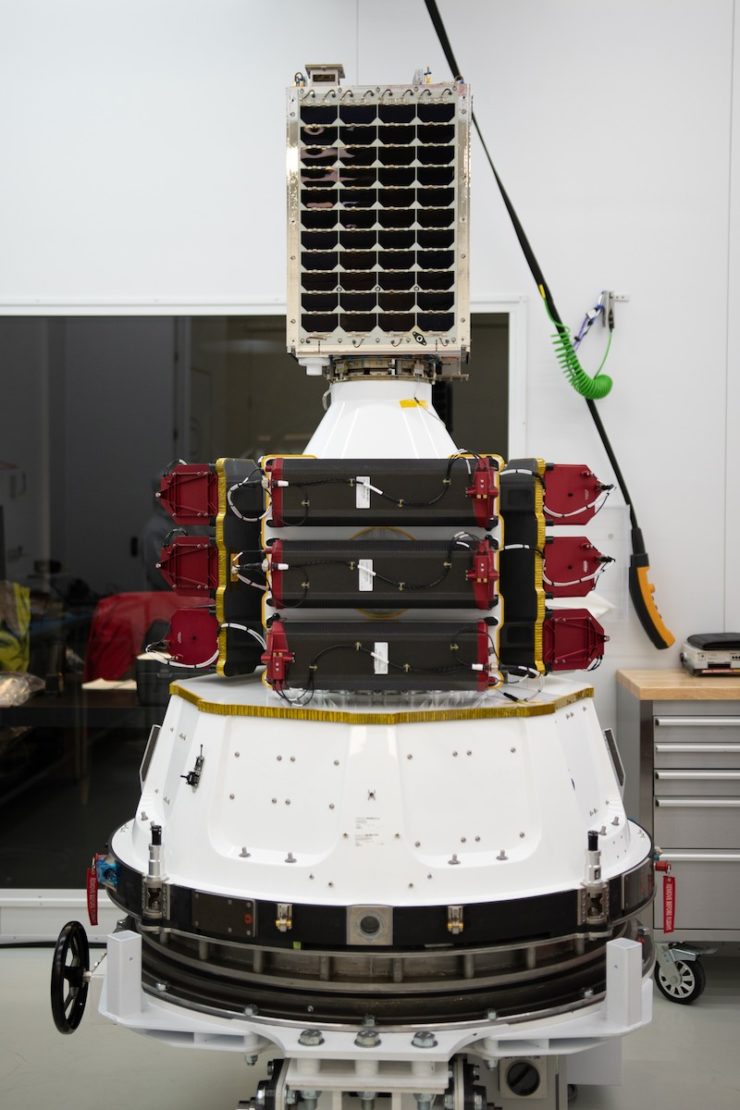 Canon’s CE-SAT-2B Earth-imaging satellite has been launched into space without issues.

The Canon CE-SAT-IIB is a microsatellite equipped with middle-size telescope and an ultra-high sensitivity camera to take night images of the Earth. This time three types of cameras are mounted on the satellite, one of them being a mirrorless camera (EOS M100) and another one a compact camera for wide angle images (PowerShot G9X Mark II).

The largest spacecraft on Wednesday’s mission was CE-SAT-2B, an Earth observation satellite for Canon Electronics of Japan.

The 78-pound (35.5-kilogram) spacecraft is Canon’s third microsatellite to launch, following an experimental Earth-imaging station that launched in 2017 on an Indian PSLV rocket.

A follow-on satellite named CE-SAT 1B launched in July on a previous Rocket Lab mission, but it was destroyed when the Electron rocket failed before reaching orbit.

According to Canon, CE-SAT-2B carries three types of cameras to be demonstrated in orbit.

“With the newly developed super high sensitivity camera, CE-SAT-2B is capable of observing the Earth during night time,” Canon said in a press release. “The satellite is equipped with three types of cameras including Canon’s mirrorless camera and compact digital camera.

“CE-SAT-2B will go through a two-year demonstration experiment for forthcoming production of cassegrain reflectors as series,” Canon said.

Canon Dominates The Mirrorless Market In Japan (in Q1 2022)

Canon appears to be the undisputed mirrorless market leader in Japan. That's what the latest…