This seems a rather interesting and innovative Canon patent application. How about switching between dot-sight and electronic viewfinder?

Canon patent application 2022-23783 (Japan) discusses methods and technology for a device that allows to switch between dot-sight and electronic viewfinder. If you want to learn more about dot-sight, have a look here.

PROBLEM TO BE SOLVED: To provide a small display device capable of switching between a sight and an electronic viewfinder.

According to the present invention, it is possible to provide a small display device and an image pickup device capable of switching between a sighting device and an electronic viewfinder.

Is this cool? Me thinks it is.

PROBLEM TO BE SOLVED: To provide an optical system in which a magnification conversion optical group can be inserted and removed and the total length is short. 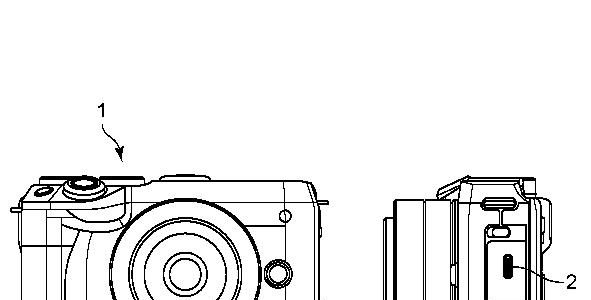 Well, that’s a somewhat different Canon patent application for once.

PROBLEM TO BE SOLVED: To provide an externally connected electronic device for cooling that can be connected to an image pickup device.

The camera depicted in the drawings appears to be a mirrorless camera, and pretty much looks like an EOS M camera. Canon planing to release an overheating EOS M model? :-)

A new Canon patent was spotted. The patent refers to two super zoom lenses. Again, as it seems, for the RF mount