To detect planets orbiting around other stars you do not need an enormous telescope or equipment that will break your bank. You can do it using a Canon Rebel XS, a cheap telephoto lens, and a barn door tracker, i.e. something that helps with the tracking of the stars.

On IEEE Spectrum, David Schneider describes how he did it. The grounding idea is to apply the transit detection technique. In other words: you can use an ordinary DSLR to detect stars that become less bright during the time their planets are passing between the star and the point of observation (that’s you and your camera).

What’s the barn door tracker? To do what David Schneider did, you need a device (where you’ll mount the camera on) that can compensate for the rotation of the earth. Without this device, you would picture star trails instead of a sharp snapshot.

Using a Canon Rebel XS (around $200 on Amazon or eBay

The hardest part of the whole project proved to be waiting for an opportunity to observe the transit of HD 189733’s exoplanet, which takes place once every 2.2 days. That sounds frequent, but transits that occur during daytime or are too close to the horizon are impossible to observe. […]  And of course, I needed clear skies.

Finally, after weeks of waiting, an opportunity came in mid-October. I recorded images for almost 3 hours, beginning about a half-hour before the start of the 108-minute transit. That, I figured, would capture the transition from normal brightness to ever-so-slightly dimmed and back to normal again.

Obviously you can’t see the transit just by looking at the pictures. You have to do some computing stuff. Using the free astronomical image processing software Iris and then MS Excel, Schneider made

[…] differential-photometry calculations—that is, comparing HD 189733 with one of […] four reference stars to compensate for changes in atmospheric conditions. The scatter in the final results was about the same size as the signal I was attempting to measure, but the general dip in brightness was easy enough to discern nevertheless. The average magnitude of the target star diminished and recovered just as the exoplanet’s transit began and ended.

The video on top is where David Schneider explains the process, and shows how he did it. definitely impressive and cool stuff! You can read more about it here at IEEE Spectrum, where Schneider details all aspects of the process. 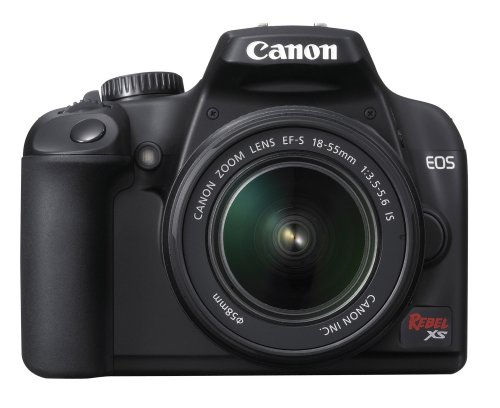 A Canon EOS-1D X Mark III release date was already rumored, now it is as…