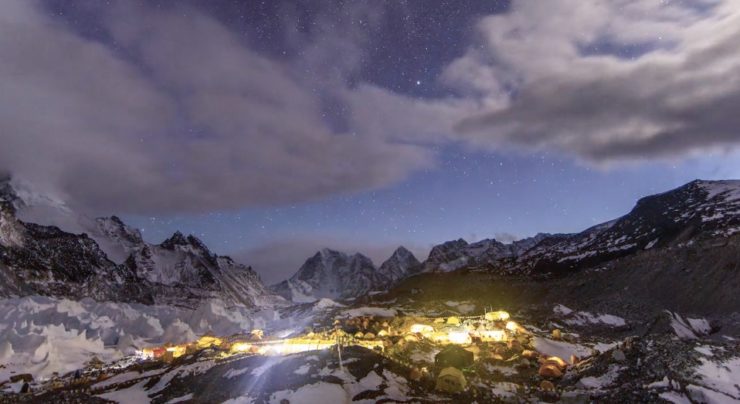 These time lapse Images were captured as high as 6200m (camp 2) above sea level on Mt. Everest. We slept at 6000m for three consecutive nights on the summit of Mt. Lobuche East waiting for a glimpse of Everest from that vantage point. Around 11pm on the 2nd night, the skies opened up and the top of the world revealed herself in all of her glory.

No where else on the planet have I ever seen the Milky Way so clear, so vivid and so very much alive. It takes a great deal of discipline to stay up all night capturing the magic for the world to experience. Cameras freeze.Shutters freeze. Batteries freeze. Humans freeze. The high altitude environment is debilitating at best. Your body is taking a constant beating by the low levels of oxygen in the atmosphere. The higher you climb of course, the worse this becomes.