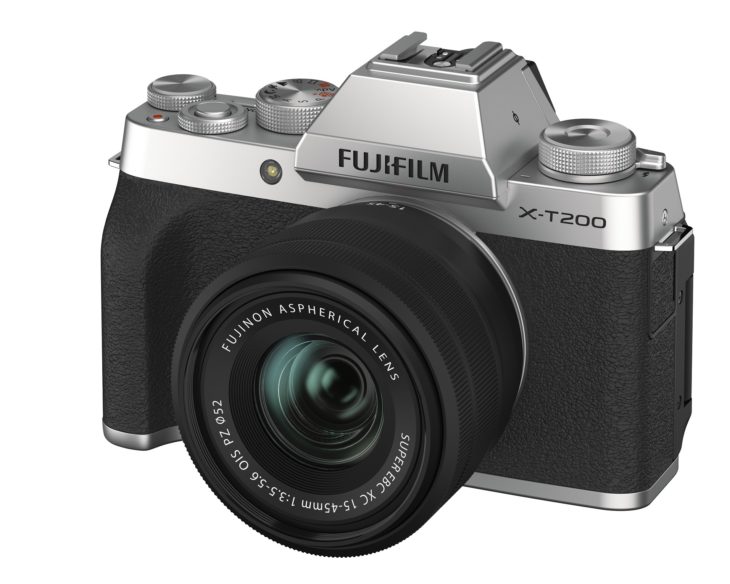 Fujifilm announced a new mirrorless camera with APS-C sensor, the Fujifilm X-T200. Seems to be a serious competition for Canon’s EOS M lineup.

You can pre-order the Fujifilm X-T200 for $699 at our exclusive affiliate partners Adorama and B&H Photo.

– Unique color reproduction technology to capture precious memories in vivid colors
– A compact and lightweight camera body with 4K video capability and fast AF that can accurately focus on a moving subject, faces and eyes

Tokyo, January 23, 2020 — FUJIFILM Corporation (President: Kenji Sukeno) is pleased to announce the addition of the “FUJIFILM X-T200” (X-T200) to the lineup of the X Series of compact and lightweight mirrorless digital cameras that deliver outstanding image quality with Fujifilm’s proprietary color reproduction technology. The X-T200 is scheduled to be released in late February 2020.

The X-T200 is a mirrorless digital camera that inherits the “central viewfinder style,” adopted by the popular X-T Series such as the FUJIFILM X-T3 that boasts advanced mobility and excellent operability. The compact and lightweight camera body, weighing just 370g*, is equipped with an APS-C sensor packing 24.24 million pixels and a high-performance image processing engine. The use of the unique color reproduction technology, nurtured over many years, recreates “memory colors” or colors as one remembers in one’s memory, such as naturally beautiful skin tones, vivid lush greens of early summer and deep blues of the sky on a bright sunny day. The camera’s AF performance has been enhanced by placing on-sensor phase detection pixels across the sensor and adopting a further evolved algorithm. This enables outstanding AF tracking of a moving subject and AF on faces / eyes, as well as giving the ability to attain focus quickly and accurately even in low light conditions.

On the rear panel of the camera body is a bright and large widescreen LCD monitor that provides intuitive touchscreen operations. It has a “vari-angle” structure that allows users to adjust the monitor to any angle. It can be used in conjunction with the Face / Eye AF for easy “self portraits,” adding to excellent operability. The camera extended the array of video functions so that users can record smooth 4K video at 30fps or HDR movie providing expanded tonal range even in situations with significant contrast in light levels.

The X-T200 is a mirrorless digital camera capable of producing not only premium-quality photos but also full-fledged video, catering to the needs of photography enthusiasts and users who want to step up from smartphone cameras, trying to capture and record precious memories with ease and in high image quality.

Fujifilm will continue to evolve the X Series including the X-T200, the GFX Series of mirrorless digital cameras incorporating with large format** sensors and their extensive lens lineups to deliver the joy of photography.

A new Lensbaby lens has been released, the Lensbaby Velvet 28mm f/2.5, available for Canon…

Photolemur for Mac is available for pre order for just $29 Press release: Photolemur -…