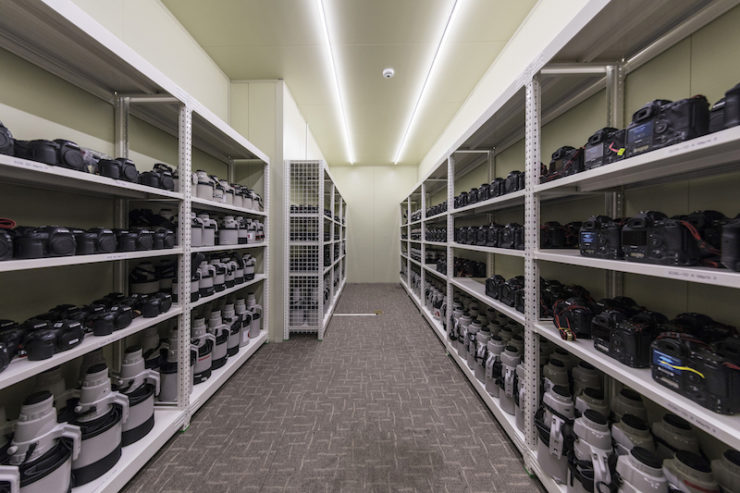 NBC Olympics Selects Canon U.S.A. to Provide Field and Studio Equipment for its Production of 2018 Olympic Winter Games in Pyeongchang

MELVILLE, N.Y., February 8, 2018 – NBC Olympics, a division of the NBC Sports Group, has selected Canon U.S.A., Inc., a leader in digital imaging solutions, to provide a wide variety of HDTV Field, Portable and Studio lenses for its broadcast of the XXIII Olympic Winter Games, which take place in PyeongChang, South Korea, from February 8 – February 25. The announcement was made today by Chip Adams, VP of Venue Engineering, NBC Olympics, and Yuichi Ishizuka, President and COO of Canon U.S.A., Inc.

“A Winter Olympics production can be tough on equipment and especially lenses,” said Adams. “Canon lenses have always proven themselves in difficult conditions. The images, equipment and the support we get from Canon are always exceptional.”

“We are honored to once again be chosen as the broadcast lens provider for NBC” said Yuichi Ishizuka, president and COO, Canon U.S.A., Inc.

A division of the NBC Sports Group, NBC Olympics is responsible for producing, programming and promoting NBC Universal’s Olympic coverage. It is renowned for its unsurpassed Olympic heritage, award-winning production, and ability to aggregate the largest audiences in U.S. television history.

About Canon U.S.A., Inc.
Canon U.S.A., Inc., is a leading provider of consumer, business-to-business, and industrial digital imaging solutions to the United States and to Latin America and the Caribbean markets. With approximately $36 billion in global revenue, its parent company, Canon Inc. (NYSE:CAJ), ranks third overall in U.S. patents granted in 2017† and is one of Fortune Magazine’s World’s Most Admired Companies in 2018. Canon U.S.A. is committed to the highest level of customer satisfaction and loyalty, providing 100 percent U.S.-based service and support for all of the products it distributes in the United States. Canon U.S.A. is dedicated to its Kyosei philosophy of social and environmental responsibility. In 2014, the Canon Americas Headquarters secured LEED® Gold certification, a recognition for the design, construction, operations and maintenance of high-performance green buildings. To keep apprised of the latest news from Canon U.S.A., sign up for the Company’s RSS news feed by visiting www.usa.canon.com/rss and follow us on Twitter @CanonUSA. For media inquiries, please contact pr@cusa.canon.com.

Canon Sued Because Printer Won’t Scan When Out Of Ink

Autofocus Is In The Eye Of The Beholder: Canon EOS R3 Eye Control AF Magic

You likely know that the Canon EOS R3 has eye control AF. Ever wondered how…