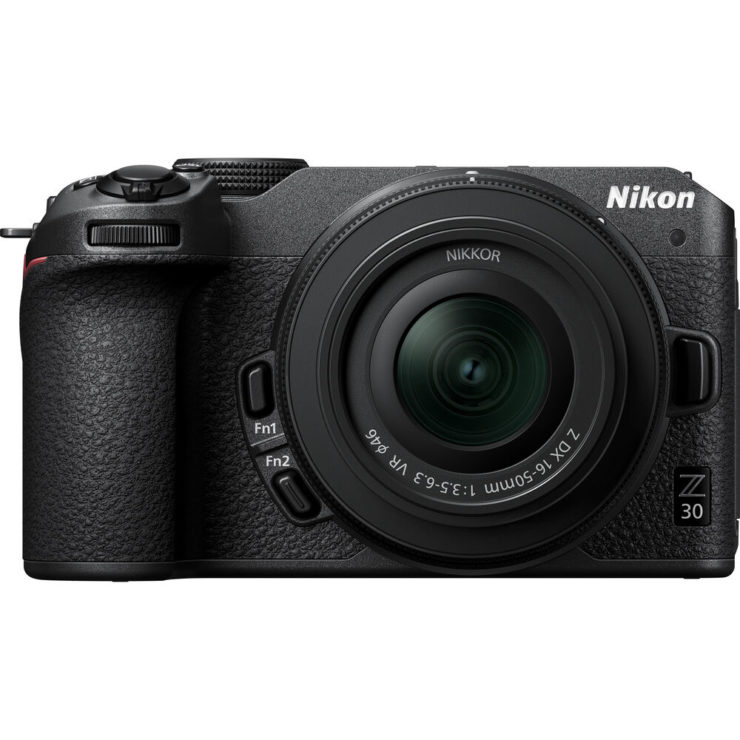 Nikon announced a new mirrorless camera in the Z lineup: The Nikon Z 30 with an APS-C imaging sensor.

The new Nikon Z 30 seems to be aimed at the vlogging folks. It sells for $706.95 and preorders are open:

The smallest and lightest mirrorless camera among the Nikon Z series, with thoroughly pursued ease of use for video recording.

Featuring the smallest and lightest body among the Nikon Z series models, as well as a vari-angle LCD monitor, REC lamp that immediately notifies of recording, and up to 125 minutes of recording time*, the Z 30 is a mirrorless camera that gives comprehensive consideration for video recording of a wide range of scenes, from daily shooting to creative expression including vlogs.

In addition, the Z 30 is a camera that pursues ease of use and a design optimized for video recording, so that even first-time mirrorless camera users can casually enjoy imaging expression. It also features functions such as “Creative Picture Control” that enables diverse expressions, 4K UHD/30p video, and slow-motion video, all of which can meet the challenge for more particular video expression.

Nikon will continue to pursue a new dimension in optical performance while meeting users’ needs, contributing to the development of imaging culture, with the hope of expanding possibilities for imaging expression.