Some days are gone from June 21, the release date of Final Cut Pro X, and Apple seems still lost in the Clouds.
There has never been a sign of apology or at least an explanation, just an almost embarrassing one way FAQ page.
Just that! and the fundamental questions still not answered.
To the costumer this arrives as “arrogance” and sets a heavy precedent which will be very difficult to retrieve.
Big companies, small business, professionals and ordinary people, all have been disappointed.
This time Apple has left everyone stunned.
Most of us share the same basic, astonished question: why?

I suggest you to read the article by Ken Segall.
It’s very clear, sensible and representative of the collective discontent.

“Well, well. This is something you don’t see every day: an open revolt by some of Apple’s most loyal customers.
It’s not that Final Cut Pro X is a bad product. Quite the opposite. It’s actually a tremendously cool and bold product. (I’ve been playing with it for two days now.) The problem is, for those who make a living with Final Cut Pro, it’s disturbingly incomplete.
Starting with nothing, FCP became the darling of Hollywood and the first choice among pro editors and video hobbyists. An amazing success.
But FCP was seriously due for an upgrade. So when Apple let loose that an all-new 64-bit version of FCP was coming, there was joy across the land.
It was a joy that came to an abrupt halt this week when Final Cut Pro X was released.
FCPX is indeed 64-bit, but it arrived missing features that many pros simply cannot live without. And Apple knows that.
For example, FCPX doesn’t support multiple cameras — which are a standard setup in many productions. It can’t open projects from previous FCP versions. It doesn’t support XML. (See what a big deal Apple made about XML in its own announcement two years ago.)”

Canon expands his production of DSLR Cameras and invests 10 Billion Yen in Taiwan building a new factory and expanding another.
In a interview with Bloomberg, Takafumi Hongo, a company spokesman, said that “Canon forecasts sales of about 7 million single-lens reflex cameras this year, compared with sales of 5.9 million last year.
Shipments of SLR cameras jumped 30 percent last year, more than double the 13 percent gain by compact models, according to the Camera & Imaging Products Association, a Tokyo-based industry group. Canon had the biggest share of the market, with 44.5 percent, research company IDC said in April.” 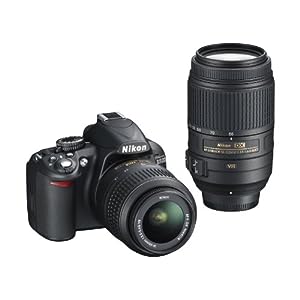 The top ranking of DSLR Camera in June by BCN Japan
The May index digital SLR on BCN Ranking in Japan had shown a new scene: Nikon and Canon which accounts more than 30%, against the mirror-less ‘SLR Olympus, Sony and Panasonic.
It was and it is the current landscape created after the massive entry of new mirror-less.
Opening the page ranking Digital SLR Camera of June, BCN gives this new list.
Note that the sales ranking is represented by cameras with lens kit. BCNranking.jp

Hoya confirms the sale of Pentax to Richo.
In 2007 Hoya and Pentax merged their companies mainly to gain access to its medical technology and now Hoya Pentax Corporation sells the camera business to Richo.
The sale of the camera field was expected, but not the buyer.
We’ll see!
Here the Notice of Sale which will be in October.

Yahoo Engineer Jaisen Mathai left Flickr and took to Kickstarter his open source Flikr Alternative. Therefore at the moment he’s raising money and likely the installable source code will run by September and this will be downloadable from Github.
Here the main points of the project, taken from Kickstarter.
• Build a top notch photo sharing service that stores photos, tags and comments into a users cloud service account (i.e. Amazon S3, Rackspace Cloudfiles or Dropbox)
• Provide two versions of the service, both free – installable and hosted
• Allow photos to be easily uploaded, searchable and shared via Email, Facebook, Twitter, etc.
• Document the crap out of it so others can build their own OpenPhoto applications
• Open source the installable version on Github.

OpenPhoto (via PP and TechCrunch)