Flickr Blog published some figures about the device used by its users to snap pictures that get uploaded to the platform.

Smartphones dominate by upload volume, a trend we saw last year and that’s getting stronger:

Mirrorless still not playing a significant role on Flickr leaves me a bit puzzled. Where have all those Sony, Olympus and Fuji cams gone?

As for the the brands, we see Apple’s domination (54% of photos), accounting for 9 out of the top 10 devices. The first DSLR that follows in this list is the Canon EOS 5D Mark III (price & specs), the most used DSLR on Flickr. Canon is also the second most used brand, after Apple and before Nikon. Canon devices make 23% of the top 100 most used devices, Nikon 18%. 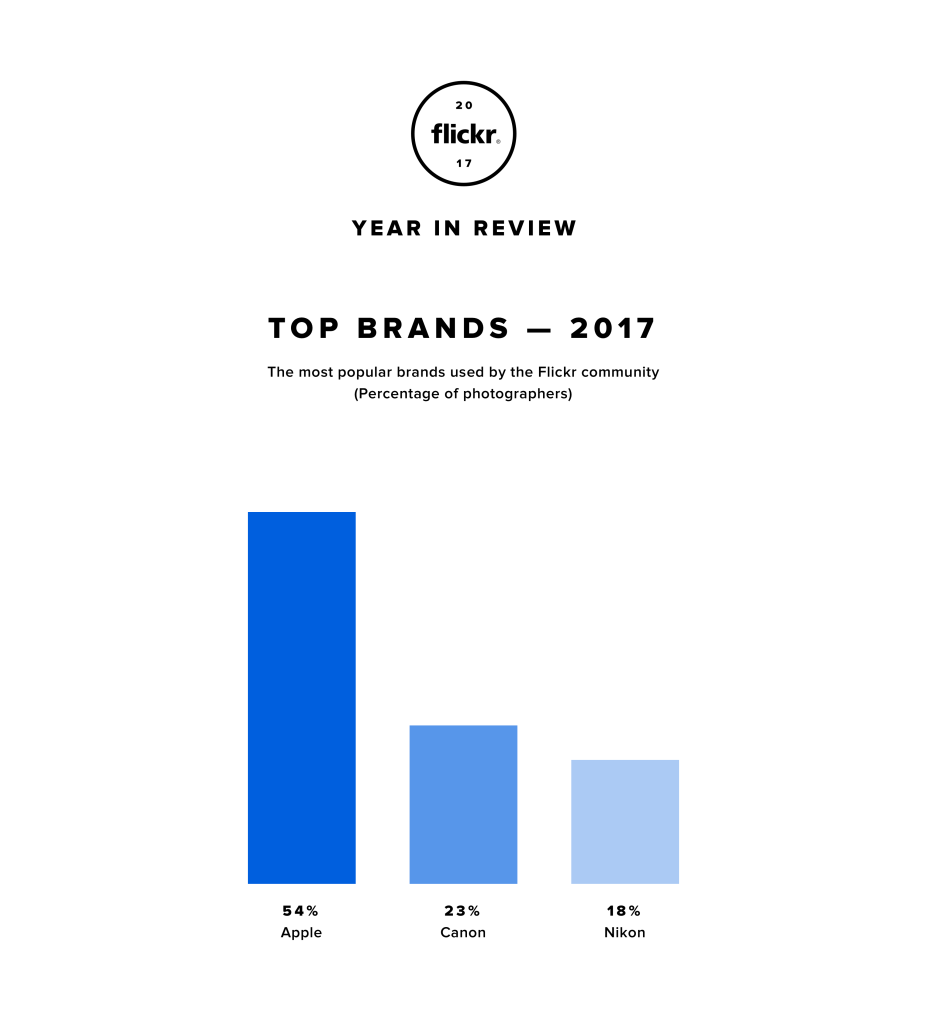