This morning we reported that the EOS 5DS and EOS 5DS R will start shipping worldwide starting mid June. Now we got the confirmation, at least for the US market.

B&H Photo updated their Canon EOS 5DS and EOS 5DS R product pages. It says: “Will begin shipping Sun, Jun 14 (subject to availability)“. Remember that orders will be filled on a first come first serve basis. If you still didn’t order the EOS 5DS or EOS 5DS R, then this may be the right moment.

Based on what I have been told, various big European retailers are expecting first EOS 5DS and EOS 5DS R batches more or less by the end of next week/beginning of the week after. Guess this is valid also for other retailers around the globe, especially in the USA.

Keep in mind that shipping dates may also be delayed because of unexpected issues. However, I am pretty confident both the EOS 5DS and EOS 5DS R will start shipping all over the globe from  mid June, with some delays to the last June week for smaller countries or markets Canon considers not a priority. 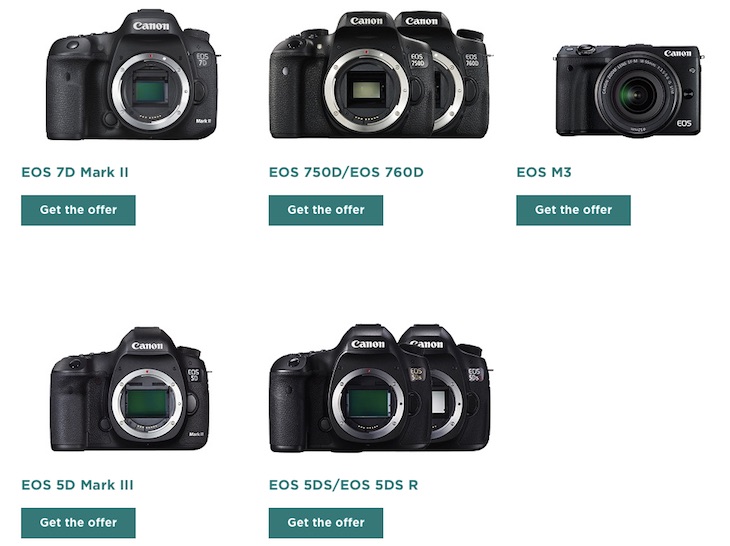 As anticipated 2 weeks ago, Canon Europe has a cash-back program for Canon EOS 7D Mark II, EOS M3, and EOS 750D and 760D b bundles. Now also the EOS 5D Mark III and the EOS 5DS and EOS 5DS R are listed for the program. Cash-back goes up to $300. Please note: not all sites have yet updated their landing page but it should be a matter of a few days.

See terms and conditions in your language and for your country:

Another sign that the EOS 5DS and EOS 5DS R will start shipping soon :-)

What’s missing in this camera?: 4K video and a vari-angle, swing-out (articulated) LCD monitor to give you the feel of a true, 21st century movie-making experience. And, yes, I’d like to see frame rates higher than 5 fps, but remember that we are shooting at the full 50MP resolution. And it would be nice to boost that ISO level another notch—sans interpolation, I might add.

Still, one can’t help but wonder if the 5DS R (along with the 5DS) isn’t an interim camera, as if Canon were saying, if we can put a 50MP sensor inside an existing body, just imagine what we can do if we revamp the chassis and make further tweaks.

Full resolution images available for your pixel-peeping pleasure. Read the review at Shutterbug.