The Canon RF 70-200mm f/4L IS USM has been registered at a certification agency in Russia. The lens with SKU 4318C005 (see image above) will be announced soon.

Here is a follow up on the rumor about the new Canon EOS M cameras that might be announced in 2020, the EOS M7 and EOS M50 Mark II.

The Canon EOS M7 might be Canon’s next flagship in the EOS M lineup.

Along with the EOS M7 Canon might also release a “higher-end” EF-M lens”. The fact that Canon’s next EOS M flagship has a “7” in its moniker doesn’t automatically mean it’s intended to replace the EOS 7D Mark II, which might be the last of its kind.

No surprise Canon is set to release a successor to their highly popular EOS M50. The EOS M50 Mark II might also be announced in Q4 2020. Unfortunately, no rumored specifications here but we are pretty sure IBIS will be featured also on the EOS M50 Mark II. 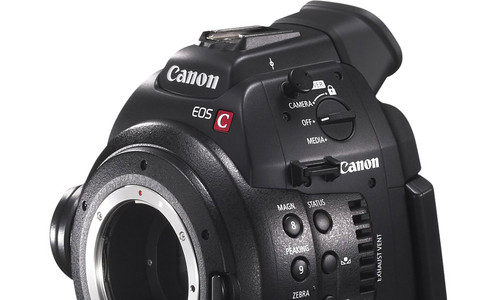 An RF mount Canon Cinema camera is rumored since a few months. Here are the alleged specifications.

Canon is rumored to announce a Cinema camera with RF mount in August 2020. These are the rumored specifications:

Along with this RF mount Cinema camera, Canon might also release these adapters:

A new rumor coming from a pretty reliable source suggests Canon is set to release another EOS R camera within 2020.

We think this could be either a Cinema camera with RF mount or an EOS R system camera with APS-C sensor. Both are rumored since a while. However, it seems we will know soon: the rumor suggests Canon might announce this camera at the end of August or beginning of September 2020. Just in time for IBC 2020.

What do you think, APS-C or Cinema?

A few days ago we got a rumor suggesting the Canon EOS 90D and EOS 7D Mark II will not get a replacement. It seems we might see no Canon EOS 5D Mark V either.

While we are somewhat inclined to believe Canon will not replace the EOS 90D and 7D II, we have a harder time with the EOS 5D Mark IV. This is a highly popular camera among professional photographers, and they are notoriously less fond of mirrorless technology than your average camera user. The EOS 5D Mark IV was announced almost 4 years ago and would be ready for a replacement. Less than a year ago there was a rumor suggesting the 5D V was on “Canon’s roadmap”.