It will be released at the beginning of December 2022.

MELVILLE, NY, November 16, 2022 – Canon U.S.A., Inc., a leader in digital imaging solutions, announced today a multi-feature firmware update for the EOS C70 4K Digital Cinema Camera. The batch of feature upgrades coming via a firmware update will help to improve workflow and functionality for the content creation, live production and documentarian markets. The firmware update will be available as a free download on December 8th, 2022*. Top upgrades include:

Additional upgrades of the firmware update include:

To download or more information regarding the firmware update and all of Canon’s professional video products and solutions, please visit usa.canon.com.

Canon released a firmware update for the Canon EOS C70, which resolves an issue that emerged in July 2022.

1. Fixes an issue, in which, in rare instances, the camera cannot be normally operated when operating the REC button with the camera set to the [Continuous Recording] function.

The next firmware update for the Canon EOS C70 will come in March 2022.

MELVILLE, NY, January 19, 2022 – Canon U.S.A., Inc., a leader in digital imaging solutions, today announced a firmware update for the EOS C70 4K Digital Cinema Camera that implements sought after features such as Cinema RAW Light internal recording as well as Frame and Interval recording modes. The added features allow the EOS C70 to be better paired with the EOS C500 Mark II and EOS C300 Mark III workflows, and come as a direct result of end-user feedback from professionals.

Frame and Interval Recording Modes
The addition of Frame and Interval Recording modes is a direct result of user feedback, and adds even more recording flexibility to the EOS C70 camera by allowing easy creation of stop motion and time-lapse sequences when recording in the XF-AVC and MP4 formats. Frame recording is for stop motion capture, and every press of the record button captures a user-determined number of frames. Interval Recording sets the interval and number of frames to be captured for time-lapse sequences. Both recording modes help operators further tell their story in a more creative and inspiring form and are easy to use.

The firmware update will be available for download in March 2022*. For more information, please visit, usa.canon.com.

The Canon Cinema EOS C70 is Canon’s first Cinema camera with an RF mount (which in turn means being able to use the amazing RF lens lineup). Here is an EOS C70 review.

Lok Cheung posted his Canon Cinema EOS C70 review and shares his first impression. And he is right: the EOS C70 is Canon’s smallest and lightest Cinema camera (so far).

The user manual for the Canon Cinema EOS C70 can be downloaded.

Want to learn more about the Canon Cinema EOS C70? What’s better than the user manual?

The user manual for the Canon Cinema EOS C70 can be downloaded at Canon Thailand. 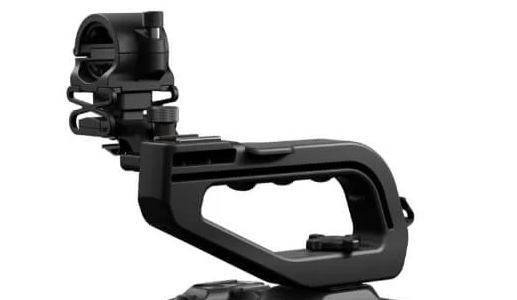