The Canon Store has refurbished Canon EOS M5 and EOS M6 cameras on sale at a very hot price. Refurbished gear from the Canon Store is certified by Canon and comes with 1 year Canon USA warranty.

Both cameras are expected to be replaced in 2019, as we reported. 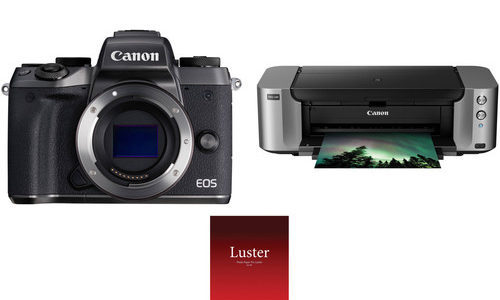 To celebrate Presidents’ Day, the Canon Direct Store has discounts up to $350 on select refurbished cameras and lenses and PowerShot cameras

Some examples of the gear on offer with discounts:.

Be sure to check the full listing of the discounted gear before the best deals are over. Refurbished gear from the Canon Store is certified by Canon and comes with 1 year Canon USA warranty.

Canon got six iF Design Awards 2018. And produced the shortest press release I ever saw coming from Canon.

), and for radiology products (

Established in 1953, the iF Design Awards are recognised as one of the most prestigious awards within the field of design, with outstanding industrial designs chosen from all over the world. This year, 6,402 entries from 54 countries and regions were judged by internationally renowned design experts across seven categories. These included product, packaging, communication, interior architecture, professional concept, service design/UX and architecture.

This year marks Canon’s 24th consecutive year of winning iF Design Awards. Encouraged by the recognition of the company’s design excellence, Canon will continue striving to realise products that combine the highest levels of performance and design. 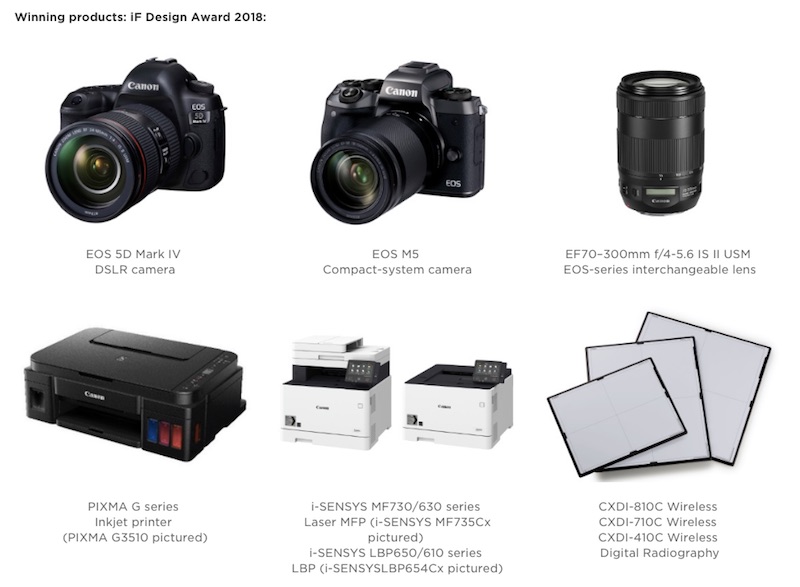 Nikon shooter Thom Hogan posted his thoughts about the photo gear of 2017.

He has a positive opinion about the Canon EOS M5 (specs & price), and what he has to say about is something I second:

The Sony cameras tend to be technical wizards. That Sony packs all that they do in the little A6xxx bodies is remarkable, but that isn’t without consequences. We’ve had heat issues at times. The offset EVF makes for a strange and awkward hold on such a small body. We’ve got Sony’s Tiny Buttons to deal with again […]

Meanwhile, Canon made the smallest DSLR you’ve ever seen. It holds like a DSLR, it shoots like a DSLR (even has a DSLR sensor), and it is controlled like a DSLR. They just put the already small SL2 into a shrink ray machine, tweaked a couple of things, and ended up with what has to be the smallest APS-C camera that handles well.

What Thom Hogan is saying is that the EOS M5 is better thought, designed and engineered than Sony’s A6xx cameras [specs & price] . He also points to the major issue Canon’s EOS M system has: the lack of quality lenses. Learn more about Thom Hogan here.

I own an EOS M3, not M5. I had a chance to play around with an EOS M5 for a few days. I was impressed by the ergonomics and had a lot of fun using it. It delivers DSLR image quality, no need to discuss that. It may have taken Canon a long time to jump on the mirrorless bandwagon, but with the EOS M5 Canon again showed that when they decide to make something they make it for good. 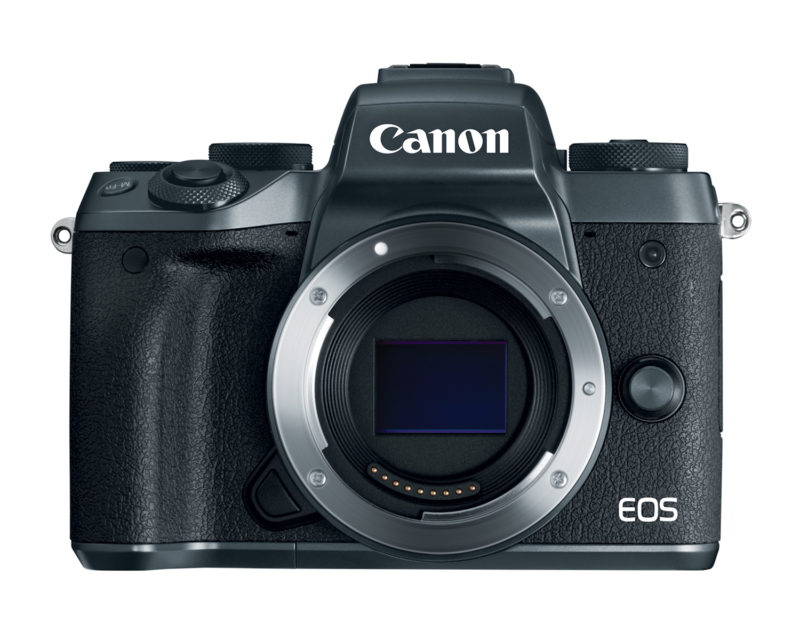 The Canon Direct Store has refurbished Canon EOS M5 bodies in stock at $748.99. Compare at $929. Refurbished gear from the Canon Store is reliable and has 1 year Canon USA warranty. Stock will likely not last forever.