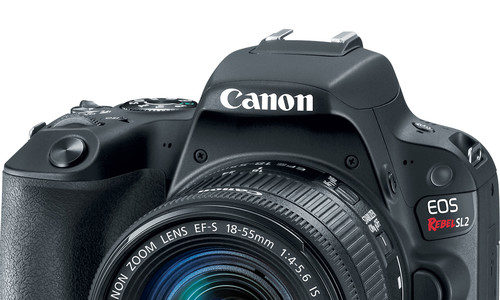 Canon Rebel SL2 at a glance:

All noteworthy Black Friday deals we found are listed here

If you’re on the fence for one of this three Canon cameras, this is the video for you.

The Canon EOS 80D and the Canon Rebel SL2 both have very powerful video features and still are easy to use cameras.

So, which one is better suited for vlogging? The EOS 80D is pretty popular with people producing content for YouTube (as are the EOS M cameras, though). The Rebel SL2 is smaller, lighter, and has been announced recently.

I own an EOS 80D and I have to say it is a great DSLR in a still relatively compact and sturdy body. Nowadays I do most shots with the EOS 80D, and prefer it most of the times over my EOS 5D Mark II.

Despite the SL2’s small body, Canon hasn’t compromised usability. The grip is comfortable given the size of the camera, though those with large hands might wish for something more substantial. The camera’s sole control dial is exactly where it needs to be. The body is made of composite materials, though it doesn’t feel cheap. The SL2 has a small but usable optical viewfinder as well as a very nice fully articulating touch-enabled LCD. Naturally there’s a Selfie mode, which can blur the background for you by adjusting the aperture.

[…] the photos produced by the SL2 are what we expect to see from a Canon camera. That means pleasing color and good (but not great) detail capture and high ISO noise performance. Looking at Raw images tells us that the SL2 would retain more fine detail if its JPEG sharpening and noise reduction systems were a bit smarter. While the SL2’s Raw files don’t have as much dynamic range as the best APS-C cameras, it’s competitive with the models in its class, as are noise levels.

Read the review at DPReview

Imaging Resource posted some comparisons between the new Canon Rebel SL2 and more or less direct competitors, and a set of studio sample shots covering the full ISO range (full size JPG and raw files can be downloaded). It seems that the diminutive Rebel SL2 is getting more love than the EOS 6D Mark II. For a quick video-overview about the Rebel SL2 have a look at the review by The Camera Store TV.