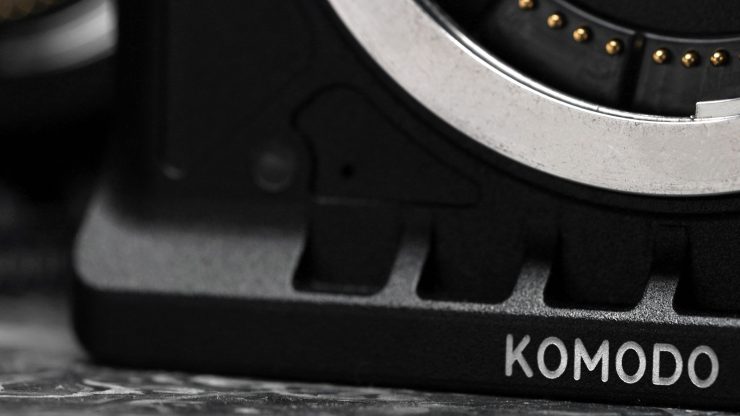 Well this is interesting. RED about to release a videocamera with Canon’s RF mount (EOS R system)?

That’s what NewsShooter reports after having spotted a teaser for a RED camera named “Komodo”. And while it is just speculation for the time being, the folks at NewsShooter has a good point. If you compare the three images below, and look at the contacts on the mount of the RED Komodo, it seems the Komodo is featuring a Canon RF mount. At least the EF mount image (on the right) has a different array of contacts.

So far RED’s President Jarred Land has only revealed what the RED Komodo is not:

An RF mount wouldn’t be a bad thing for a RED videocamera anyway. It would allow to use a plethora of lenses, both Canon EF lenses as well as others (mounted via adapter). So, at least from this point of view it looks plausible.

What do you think, is it possible that RED will release a videocamera with Canon RF mount? Sound off in the comment section.

Dead Of Canon EOS M Series “not happening” But Production Might Slow Down, Report

We have some news about the imminent dead of the Canon EOS M lineup. It's…

Will Canon Give Up The EOS M Lineup After 2021?

Bad news for those who like the EOS M system, myself included. A new rumor…