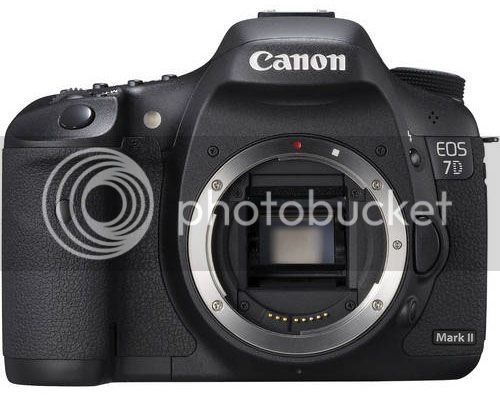 On Saturday I posted a rather weird rumor saying that Canon will not release a replacement for the Canon EOS 7D, that’s the long rumored EOS 7D Mark II (all 7D2 rumors here). The rumor goes against all previously reported 7D2 rumors. It definitely came as a surprise for us all.

During the weekend I have been contacted again by the source that told me the rumor. The source confirmed that there is no Canon EOS 7D Mark II on the horizon, but also stated that this does not mean Canon isn’t actively working on a new APS-C flagship. According to the source there will be an APS-C DSLR positioned above the EOS 70D (feature-wise) but it will not be a “7D” model. That’s to say that Canon’s next APS-C flagship will have (could have) a new naming scheme. That fits in the second part of last week’s rumor, the part saying that Canon is working on a revamping of their DSLR line-up, the source stated it is “the biggest change in Canon’s history“. The source also said that the release of the EOS 70D allows Canon to work on the next APS-C flagship without pressure (they do not feel they have to release it as soon as possible), and that they still have to see how well the Dual Pixel AF technology will do.

Whatever this means, I am starting to believe that there is a concrete chance we will never see a DSLR named “EOS 7D Mark II”. So now I am wondering a) what name the new APS-C flagship will have and b) what features this DSLR will have to stand out compared to the EOS 70D. The source stated that the 7D2 feature set I posted in the past is “close to what we will see”, but couldn’t tell any new feature and confirmed that the sensor should have 24MP and feature Canon’s Dual Pixel AF technology. To remember, the feature set I posted back in October was:

I am wondering what the “innovative video features” will be. I mean, we know that Canon is strongly committed to the EOS Cinema line and it would be more than natural if they extend this commitment also to the APS-C line-up. But will that be enough to sit above the 70D? I guess there must be more, as the list above suggests. An APS-C DSLR with the AF of the [shoplink 2431]5D Mark III[/shoplink], with at least 10fps, dual card slots (not listed above), a high level weather sealing, and with amenities as WiFi and GPS would for sure make sense and be on the wish-list of many professional photographer that for a reason or another prefer or have to use APS-C sensors (sport, wildlife).

So, what is backing up the possibility that there will not be an EOS 7D Mark II? First of all, as many readers pointed out in the comment section of the previous post, the successor of the EOS 7D appears to be delayed since too long. Then there is this “innovative video features” thing. If Canon is planing a sort of cropped EOS -1D C, then it would make sense to change the naming scheme. This would also fit into the suggested revamping of the DSLR line-up.