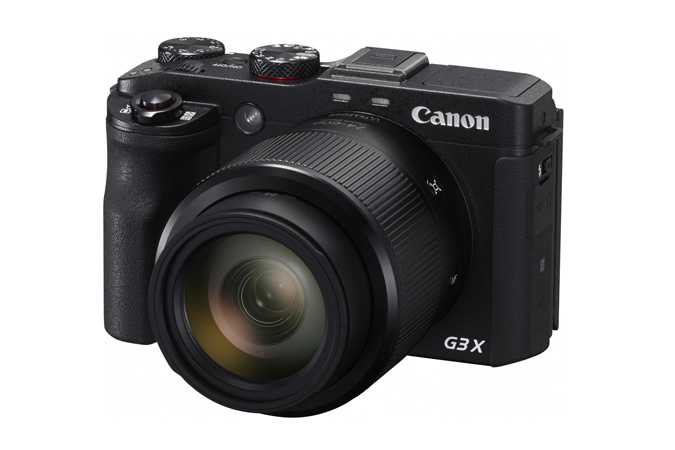 MELVILLE, N.Y., February 5, 2015 – Canon U.S.A., a leader in digital imaging solutions, today announced that its parent company, Canon Inc., is developing a new addition to the Company’s G-series lineup of premium compact cameras-the PowerShot G3 X-and will display a prototype of the camera at CP+ Camera & Photo Imaging Show 2015, to be held from February 12th-15th at the PACIFICO YOKOHAMA Exhibition Hall in Yokohama, Japan.

The new PowerShot G3 X, currently under development by Canon Inc., will incorporate a large 1.0-inch sensor and a 24-600mm (35mm film equivalent) 25x optical zoom lens while maintaining a compact size that makes it easy to carry around. The camera will produce images with beautifully blurred backgrounds, made possible by its large sensor, and provide users with a wide range of focal lengths, from wide-angle to telephoto. The addition of the new model will serve to further bolster Canon’s already impressive G-series PowerShot camera lineup.

Introduced in 2000 as a high-end-model lineup, Canon’s G series of PowerShot cameras has played a leading role in the compact camera market thanks to its high-image quality.

Calling upon the Company’s latest lens, sensor and image processing technology know-how, Canon launched the current flagship-model PowerShot G1 X Mark II camera in March 2014, followed in October of the same year with the launch of the high-image-quality compact-body PowerShot G7 X camera. Both models have proven popular among a wide range of high-end users, including users of EOS-series interchangeable-lens cameras.

By actively and flexibly responding to the market’s diverse needs, particularly through the bolstering of the Company’s high-end-model lineup, Canon will continue to contribute to the expansion of the photographic imaging culture.

Canon U.S.A., Inc., is a leading provider of consumer, business-to-business, and industrial digital imaging solutions to the United States and to Latin America and the Caribbean (excluding Mexico) markets. With approximately $31 billion in global revenue, its parent company, Canon Inc. (NYSE:CAJ), ranks third overall in U.S. patents granted in 2014† and is one of Fortune Magazine’s World’s Most Admired Companies in 2014. In 2014, Canon U.S.A. has received the PCMag.com Readers’ Choice Award for Service and Reliability in the digital camera and printer categories for the 11th consecutive year. Canon U.S.A. is committed to the highest level of customer satisfaction and loyalty, providing 100 percent U.S.-based consumer service and support for all of the products it distributes. Canon U.S.A. is dedicated to its Kyosei philosophy of social and environmental responsibility. In 2014, the Canon Americas Headquarters secured LEED® Gold certification, a recognition for the design, construction, operations and maintenance of high-performance green buildings. To keep apprised of the latest news from Canon U.S.A., sign up for the Company’s RSS news feed by visiting www.usa.canon.com/rss and follow us on Twitter @CanonUSA. For media inquiries, please contact pr@cusa.canon.com.