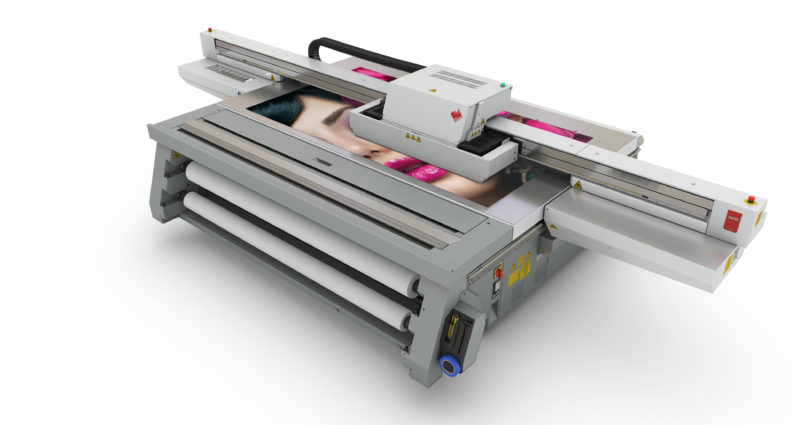 “I am very proud of the Canon large format team,” said Toyotsugu Kuwamura, executive vice president and general manager, Business Imaging Solutions Group, Canon U.S.A., Inc. “Our equipment was compared to some of the best in the world; to come out as winners amongst such strong competition is a real honor. This achievement speaks to our commitment to advancing the large format industry and continuing to help our customers grow with best-in-class products.”

The 2016 SGIA competition judged submissions across 19 categories for output devices and 29 categories for non-output devices. Conducted during the 2016 SGIA Expo (Las Vegas, September 14–16, 2016), this year’s event was one of the largest in its history, boasting over 23,000 pre-registrants. The selection of the Océ Arizona 1280 GT and 2280 XT as Product of the Year winners marks the tenth year in a row that an Océ Arizona Series printer has been honored with this award since the product line began shipping in 2007.

Presented during GRAPH EXPO, the Printing News Readers’ Choice Top Products Awards feature the innovative products that have caused the most excitement in the industry and have been a valuable asset to commercial print businesses over the last year. This year’s much-lauded recognition once again cements the importance of the Océ Arizona Series and its profound impact on the large format industry.

Also released in 2016, the Océ Arizona 2200 Series of UV flatbed printers was designed to address the demand for increased capacity and versatility without compromising on print quality. The Océ Arizona 2260 and 2280 enable PSPs to capitalize on new market opportunities and explore a wider range of applications.

About Canon U.S.A., Inc.
Canon U.S.A., Inc., is a leading provider of consumer, business-to-business, and industrial digital imaging solutions to the United States and to Latin America and the Caribbean (excluding Mexico) markets. With approximately $31 billion in global revenue, its parent company, Canon Inc. (NYSE:CAJ), ranks third overall in U.S. patents granted in 2015† and is one of Fortune Magazine’s World’s Most Admired Companies in 2016. Canon U.S.A. is committed to the highest level of customer satisfaction and loyalty, providing 100 percent U.S.-based consumer service and support for all of the products it distributes. Canon U.S.A. is dedicated to its Kyosei philosophy of social and environmental responsibility. In 2014, the Canon Americas Headquarters secured LEED® Gold certification, a recognition for the design, construction, operations and maintenance of high-performance green buildings. To keep apprised of the latest news from Canon U.S.A., sign up for the Company’s RSS news feed by visiting www.usa.canon.com/rss and follow us on Twitter @CanonUSA. For media inquiries, please contact pr@cusa.canon.com.