Nikon will soon announce a new Z-mount camera with APS-C sensor, the Nikon Zfc. Here are some leaked images, and a set of rumored specifications.

[via Mirrorless Rumors via NR]

A new low rated rumor suggests Canon will focus on entry-level EOS R models after the EOS R3 begins shipping, and if there are no supply chain issues (these are now always mentioned). A replacement for the EOS RP is said to be in the pipeline, this would be the new lowest priced EOS R model in the lineup.

Again, an EOS R with APS-C imaging sensor is rumored too. We still don’t fully buy it but for sure it makes for some good discussions. The only new bit this time is that it might not be an EOS 7D Mark II replacement. So far this has always been the dominant suggestion. Don’t get us wrong about the skepticism. t would be a nice addition to the lineup. We just don’t see it happen. 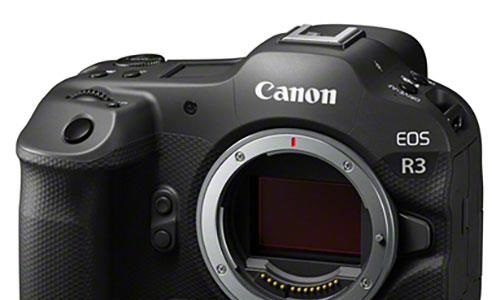 New Canon EOS R3 images leaked over the web. Here they are.

The Canon EOS R3 has been announced, bit it was a development announcement. We know a few things about the EOS R3 and it’s all listed here.

There are also some rumored specifications:

There has been some discussion about who makes the imaging sensor of the EOS R3. You can get notified when the Canon EOS R3 will be available for preorder. Images came via Nokishita.

More about the EOS R3 after the break.

A new rumor surfaced, and it’s about the Canon EOS R3 price. Is it reliable?

However, The Canon EOS R3 development announcement is behind us. We know it’s coming, we know it has a BSI stacked imaging sensor. What else do we know? Here are some rumored specifications (take it with a grain of salt):

All Canon EOS R3 coverage is listed here, with some rather interesting bits like an interview with a Canon exes and some interesting thoughts about who makes the EOS R3 sensor.

Last month we hear about some pretty dope Canon Cinema that are rumored to get announced in 2021. Here are the RF mount Cinema prime lenses that might come along.

In April 2021 we had this rumor about upcoming Canon Cinema cameras: EOS C700DR (4K), EOS C500S (8K) and EOS C300S (8K). A set of RF mount prime lenses are now also rumored to come soon, likely along with the Cinema gear above. Canon Rumors reports the following lenses:

Unknown so far if Canon will make a development announcement or the real thing. All these lenses are rumored for 2021. When is another take but NAB 2021 in Fall seems a good candidate.

Once again we get a suggestion in our inbox saying Canon will not release a successor to the EOS 90D. No more xxD DSLRs?

The source states that Canon will not release a replacement for the Canon EOS 90D. At least not as a DSLR. Not the first time we hear this. Apparently Canon sees no more reasons to invest in consumer DSLR and wants to fully switch to mirrorless technology. Not sure how reliable this rumor is. Or maybe it’s just me not wanting Canon to kill the xxD lineup. I owned Canon EOS xxD DSLRs since the EOS 40D and in my opinion they should not stop producing xxD cameras. But who am I to tell? I just love Canon EOS xxD cameras.

Can the EOS M lineup replace the EOS xxD lineup? Not really. The EOS M does not have a comparable native lens ecosystem and I think users who love the Canon’s xxD DSLRs are not yet ready to fully embrace mirrorless technology. When I have to choose between my EOS 80D and my EOS M3 I usually choose the former. It’s just better ergonomics for me.

So, not sure how much I believe this rumor. However, I wonder what would be the name of an EOS 90D replacement, if one will be released. EOS 95D? What do you think?