The rumor mill is going wild. New owner, new momentum. Latest has it that Canon might announce a new EOS R camera in Q1 2023. The Canon EOS R50.

Please be aware that the moniker “R50” comes from the community, it’s not an official Canon naming. I can not say how this rumor fits in withe the previous rumor from the same source, i.e. that a Canon EOS R100 and EOS R1000 are on their way. The source suggests that the EOS R100 might indeed be the here discusses EOS R50.

No specifications so far. The Canon EOS R50 might get announced before the CP+ show in Japan, which starts on February 2, 2023.

A new rumor surfaced from the interweb of connected rumor mills. Canon might have two more APS-C cameras in the EOS R lineup, the already rumored Canon EOS R100 and the EOS R1000.

We broke the news time ago with the Canon EOS R100, and we expect Canon to announce it most likely in 2023. But it seems there is one more, entry-level EOS R camera with APS-C sensor on its way, already dubbed Canon EOS R1000 by those who claim to know. No specifications are available so far and as always: take it with a grain of salt.

A new Canon EOS R1 rumor surfaced from the interweb of rumor mills.

We too got indeed a suggestion that the Canon EOS R1 might not get announced before 2024. The Summer Games 2024 come to mind as a possible schedule for the announcement.

The Canon EOS R1 is sort of long running rumor. Everyone knows that it will eventually be announced, so everyone speculates about it, sometime wilder sometimes less wild.

As usual after a Canon announcement, the interweb of speculations is running hot about what might come next from Canon.

There is more gear that is rumored, and here is what we might expect to happen.

The Canon EOS R100 is likely to be Canon’s next mirrorless camera to get announced. Here is the rumored specifications list:

Another long rumored piece of gear is the high resolution EOS R model, named EOS R5d by the community. No serious intel so far.

A new entry in the list of wishes possible upcoming cameras, is the Canon EOS R7 C. This one is new and likely sprung out of the imagination of some fanboy. Don’t expect it before 2023/24.

What about lenses? These are rumored:

That’s all for now. Stay tuned. 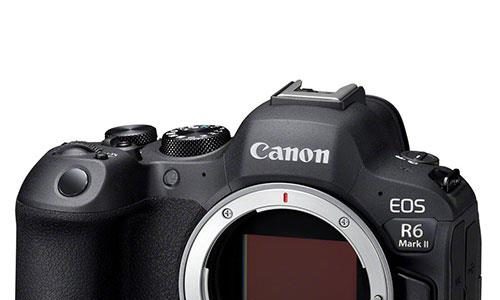 Here is a list of the alleged EOS R6 Mark II specifications, the US pricing did already leak too. Stay tuned for tomorrow’s announcement.

Get ready because the Canon EOS R6 Mark II will be announced in a few days, on November 2nd, 2022.

Latest reliable news have it that Canon is set to announce the Canon EOS R6 Mark II on November, 2nd, 2022. Canon is teasing the date (image on top).

As a reminder, here are the rumored Canon EOS R6 Mark II specifications:

And these are the rumored prices for the upcoming gear: