London, UK, 4 November 2014 – Canon is proud to announce that it can include Walt Disney Studios Park among the prestigious users of its Cinema EOS system products. A series of videos for the new Ratatouille: L’Aventure Totalement Toquée de Rémy attraction have been shot in 4K, using the combination of five EOS C500s and EOS-1D C SLR cameras, as well as a wide range of Canon lenses, including over 20 EF L-series and EOS Cine lenses. The videos were shot by acclaimed French director, Sébastien Devaud, who was among those to pioneer the use of SLR cameras to shoot video.

The attraction, Ratatouille: l’Aventure Totalement Toquée de Rémy, is based on the most French of all Disney-Pixar animated films (released in 2007) and opened on July 10th 2014, after five years of construction work. Considering the challenge, Disneyland Paris immediately decided to shoot in 4K. Ultra High Definition has a resolution of at least 8 megapixels, four times higher than current High Definition (HD), providing total immersion in the action. In 2014, sales in market increased significantly and in May 2014 more Ultra High Definition TVs were sold than throughout 2013 combined.

Canon pioneered the development of 4K cameras with the release of the EOS C500 and the EOS-1D C SLR in 2012, which rapidly became popular in the broadcast market. After testing the different brands and products available, Disney finally chose both Cinema EOS cameras for the project, as they were best placed to produce a professional quality result and tackle the challenging filming environment (light, 3D projection, etc.). Thanks to its compact size, the EOS-1D C was attached to the attraction’s ratmobiles, bespoke vehicles shaped as rats, with on-board devices specially designed for this work.

Stéphane Dery, Canon France Professional Imaging Group Director comments: “We are very honoured to count Disneyland Paris as one of the brands that has decided to rely on the Canon Cinema EOS system for its new attraction. This partnership once again demonstrates the unquestioned know how of Canon in the imaging and optical industry, and particularly in 4K.” 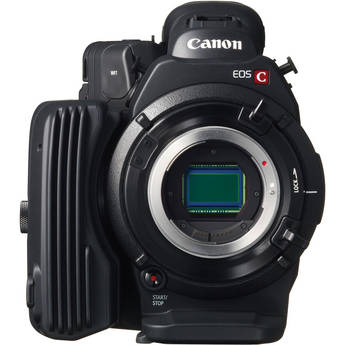 No doubt the Canon EOS-1D X Mark III is coming soon. And obviously Canon's next…

Top Rated Plus seller 6ave (99.2% positive ratings) on eBay has the Canon EOS…

How to Use Color Correction Filters for Canon Speedlites