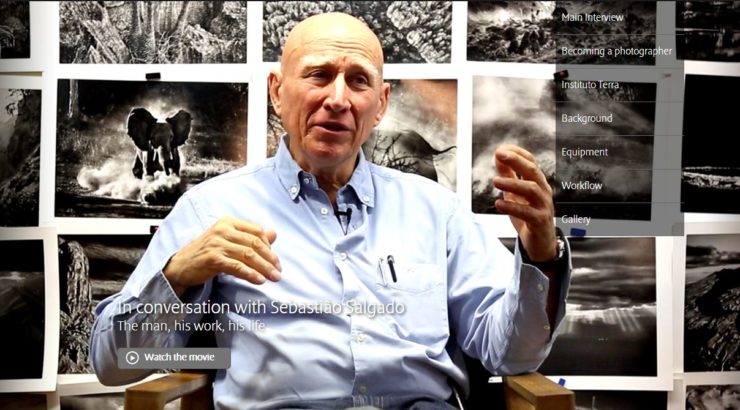 The Canon Professional Network posted a video with an interview to world-famous photographer Sebastião Salgado (Wikipedia).

He has traveled in over 100 countries for his photographic projects. Most of these have appeared in numerous press publications and books. Touring exhibitions of this work have been presented throughout the world. Longtime gallery director Hal Gould considers Salgado to be the most important photographer of the early 21st century.

Salgado is a UNICEF Goodwill Ambassador. He was awarded the W. Eugene Smith Grant in 1982, Foreign Honorary Membership of the American Academy of Arts and Sciences in 1992 and the Royal Photographic Society’s Centenary Medal and Honorary Fellowship (HonFRPS) in 1993.