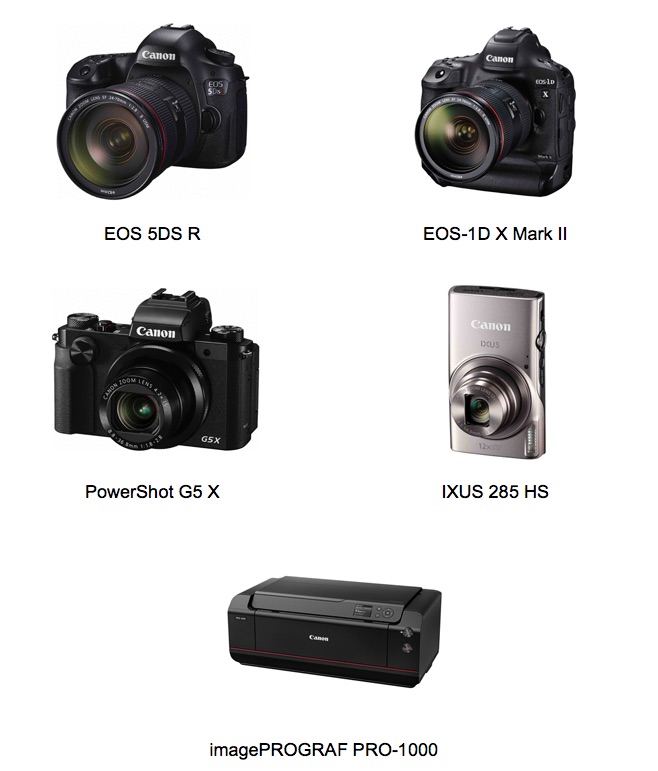 Crowned “Best Expert Compact Camera,” Canon’s PowerShot G5 X features a 1-inch approximately 20.2 megapixel High Sensitivity CMOS sensor and DIGIC 6 processor that achieves an approximately 6 fps continuous shooting speed and Full HD video. The camera features a 24–100 mm (35 mm film equivalent) 4.2x optical zoom lens with a nine-blade iris and an aperture of f/1.8 at the wide-angle end and f/2.8 at the telephoto end that achieves rich tonal gradations and exceptional blur characteristics across the entire zoom range. The G5 X features an EVF (electronic viewfinder) with approximately 2.36 million dots and approximately 100% coverage that employs an organic EL (electroluminescent) panel and has a refresh rate of up to 120 fps. A built-in eye sensor, which has a range of approximately 22 mm, can even detect users wearing glasses and switches display from the EVF to the 3-inch vari-angle LCD touchscreen. Additionally, the camera’s hot shoe is compatible with all Speedlite flashes in the EOS system.

“Combining the ease of desktop use and a 17-inch wide cut sheet printer with many features from Canon’s higher-end pro printer models,” the imagePROGRAF PRO-1000 earned the title of TIPA’s “Best Photo Printer.” It incorporates a new twelve-color LUCIA PRO ink system, with eleven pigment inks, including the newly formulated Photo Black, and Chroma Optimizer. What’s more, Photo and Matte Black have their own nozzles, so no switching is needed between print jobs.

About the TIPA Awards

Held every year since 1991, the TIPA Awards recognize the best photo and imaging products announced during the previous 12 months based on such criteria as innovativeness, use of leading-edge technologies, design and ease-of-use. In 1992, Canon took home its first TIPA accolade for the EOS 100 SLR camera and, over 24 separate occasions since then, has been honored with TIPA awards for a total of 78 products and technologies.*

Without a doubt, most photographers don’t need 50MP but some do, and this places the 5DS and especially the 5DS R firmly in medium-format territory for studio and fashion photographers. Canon has an excellent family of glass and accessories that pros trust: for example, Canon’s radio-triggered TTL flash system (600EX-RT / ST-E3-RT) is simply unparalleled in its versatility among Speedlites. Landscape photographers are always looking for more resolution for larger prints, and Canon’s excellent new glass in the 11-24 F4L, 16-35 F4L IS, and 70-200 F2.8L II potentially make this camera an easy sell for nature shooters. But the 5DS/R don’t exist in a vacuum, and that makes them a bit of a conundrum. Read the review…

Our friends at Sony Alpha Rumors got a tip that Sony is actively developing a DSLR with over 50MP. This is clearly an answer to Canon’s recent and impressing technical advancement with the EOS 5Ds and EOS 5Ds R DSLRs. The EOS 5Ds and EOS 5Ds R are competing in the domain of medium format cameras, and they are of outstanding technical quality and deliver industry leading image quality. Something Sony is likely deeply disliking.

Sony fans are obviously hoping this 50MP Sony DSLR will produce the same outstanding image quality as the EOS 5Ds and EOS 5Ds R (and any Canon DSLR for that matter). I doubt this is something Sony is able to achieve in an easy way. The Sony Alpha a7RII and Alpha a7SII are innovative products, packed with advanced tech and all sort of gimmicks, but are by no way the professional tools Sony want us to believe they are.

Let’s play History Channel. The video below, by All Things Photo on YouTube, is about a bizarre comparison, one that truly dives into history. The venerable Canon EOS D2000, ancestor of all Canon DSLRs, is compared to the latest tech from Canon, the EOS 5Ds R. That’s a 2MP sensor vs a 50MP sensor. To say it all, the D2000 is a branded Kodak DCS 520

, but it’s also Canon’s first digital SLR. The D2000 was developed by Kodak on a Canon EOS-1N

You may be surprised to see that the menu interface after all didn’t change that much in 17 years. Do not miss mark 4:47 of the video and see how the D2000 performs in a low light setting. I bet some of the points in the video will surprise you quite a bit.

This is obviously a comparison that puts two extremes one against the other, shot by shot. It’s curious, and interesting to see how far we have gone in 17 years. Enjoy!

[via All Things Photo via DIY Photography]

All said and done, despite its limited high ISO sensitivities, its limited video capabilities, and increased technical skill involved with getting sharp, properly focused images, the Canon 5DS R is an all-around impressive camera. The 5DS R is Canon’s highest-resolution EOS body to date, and it can capture some seriously impressive, incredibly detailed, ultra sharp photographs.

Its high price point and aforementioned limited features put the 5DS R squarely into a niche category. If you want a more all-around, general use full-frame Canon DSLR with a more versatile ISO range and more video capabilities, the 5D Mark III is the better bet. However, for portrait, editorial, landscape or nature photographers looking for extreme image detail in a tried-and-true Canon DSLR package — and don’t want or need the increase in bulk and expense of a digital medium format system — the Canon 5DS R will fit the bill. Read the review at Imaging Resource. 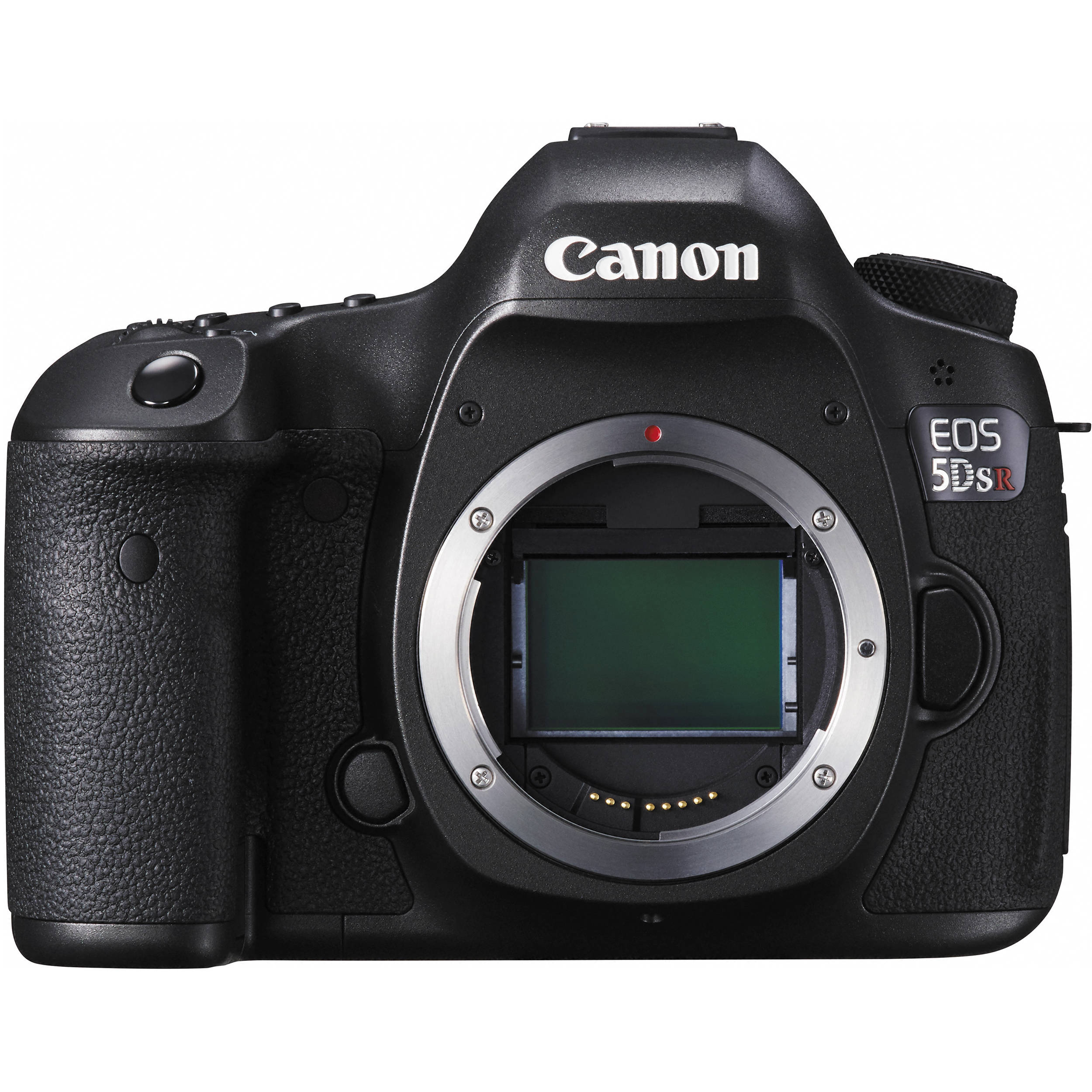