Here is a Canon EOS M50 Mark II review. How does the replacement for the hugely popular EOS M50 perform? The M50 lineup is popular with videographers.

Like the model before it, the M50 Mark II offers a compact, DSLR styled mirrorless camera, with a 24mp APS-C CMOS sensor, which gives excellent image quality, with the same excellent colour reproduction that you get with Canon EOS DSLRs. You also get high-speed continuous shooting, 143 focus points, and a high-resolution electronic viewfinder. It’s also one of the cheapest Canon cameras to record 4K video, and the side mic socket will make it appealing for those who want to record video. However, it’s worth being aware of the HUGE crop into the frame when using 4K video with digital IS enabled, as this will make wide-angle video recording difficult unless you buy the 11-22mm ultra-wide angle zoom lens.

Here is a new Canon RF 50mm f/1.8 STM review along with some comparison to the EF version of the Nifty-Fifty.

Coming from well known camera reviewer Gordon Laing, the video review below looks at at performance of the Canon RF 50mm f/1.8 STM for EOS R systems and compares it to the iconic EF 50mm f/1.8. Sample images are here, and that’s also where you find Gordon’s written review. From his conclusion:

The Canon RF 50mm f1.8 STM is a low-cost standard lens for the EOS R mirrorless system which, like the EF versions before it, provides an affordable entry into the World of prime lenses, low-light photography and shallow depth-of-field effects.

It may cost roughly double that of the EF 50mm f1.8 STM, but at around 200 dollars or pounds it becomes by far the cheapest native lens in the RF system to date, making it tempting for anyone looking for a second lens to complement an existing kit-zoom. It’s smaller than the EF version when you take a mirrorless adapter into account, and while the overall style and rendering is similar, the newer RF version is noticeably sharper across more of the frame when wide-open.

More Canon RF 50mm f/1.8 STM review stuff are listed here. This lens is a no brainer for every EOS R owner. 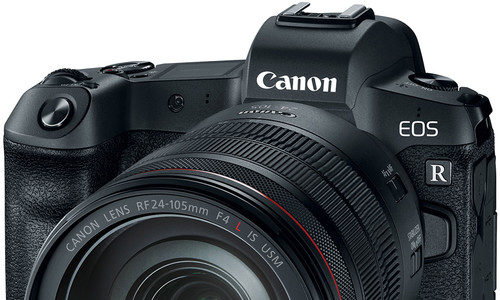 With all the talk about the Canon EOS R5 (and R6) we might forget that Canon has another very capable full frame mirrorless camera. Here is a Canon EOS R review.

Coming from Photo Tom, the 9 minutes video review below discusses pro and cons of the Canon EOS R.

Here is a Canon EOS R5 review, and as you can easily get from the title, it’s not entirely positive.

Philip Bloom has his take on the Canon EOS R5 in the videos below. He says:

This is my long term “review” of the Canon R5 and I’ve taken a different approach than normal in that I decided to split it into two much parts of a more manageable length.This isn’t about specs, it’s about really living with and using the camera over 4 months.

[…] This is not my usual review, and not strictly a review either. I’ve made two videos which take a look at the Canon R5, the first part is the backstory, the launch and my initial thoughts after buying one. This part is about the experience you get when using it rather than over analysing and going over all the specs as there are countless videos about that. The overheating issues are still a focus, but another focus is the autofocus….with animals. Plus there is a special guest near the end. :)

The overheating issue is also discussed. And here are the two videos. Keep in mind that this is a review coming from a videographer. Enjoy.

More Canon EOS R5 review stuff is listed here, for EOS R6 reviews see here. The EOS R5 is highly regarded as a stills camera. In particular, the EOS R5 autofocus system seems to be huge leap forwards. User manual are available for download for the EOS R5 and the EOS R6.

Also interesting: an interview with the engineers who made these unique lenses.