A Canon EOS R5 delay? Unless you were living under a rock you probably heard of the EOS R5 fantasies some sites are propagating.

People is suggesting Canon might recall the EOS R5 because of an “overheating issue” and deliver a new batch in November.

That’s all crap and we wrote about this and other hilarious EOS R5/EOS R6 conspiracy theories.

It didn’t take long for Canon to answer. Some of the allegations produced by the issue theorists are just absurd and those propagating them are quite frankly ridiculous in their endeavor and efforts, and irresponsible too.

However, DPReview got a statement by Canon addressing the motley fantasies that have been put around:

‘Orders of the EOS R5 are scheduled to be delivered as initially stated at launch. The first set of cameras shipped from our warehouses this week. We eagerly await the content that will be produced by talented creatives using this camera to be shared with the world.’

Furthermore, Canon told DPReview that the EOS R5 “shipping is as scheduled right now, with no delays“.

Yes, the EOS R5 is shipping and being delivered. Hopefully that’s not too shocking for those selling the recall-because-of-overheating fantasy. And if you take the time to scroll the forums and Discord chats you’ll see that a lot of people already got their EOS R5 unit, even on forums associated with the sites that are propagating the EOS R5 delay and recall propaganda.

Stay tuned, the comedy is not over yet.

Let’s start talking greed and what it means for the Canon EOS R5. Greed rules a lot of things, not least the blogging/news/rumor online industry you and I are part of. Greed for more visitors, more traffic, more clicks, more visibility, more of everything. An important announcement as the EOS R5/R6 announcement was, had to be a wake-up call for all those conspiracists and motley bloggers out there.

People had to come up with something that allows for catching headlines. They found it and called it overheating issue. But it’s not. Recording 4K and 8K video is naturally going to produce a lot of heat. Canon knew it, acknowledged it, and very clearly stated it everywhere. Is it still an overheating issue if the camera behaves exactly as described, i.e. reaching temperature limits after a clearly documented time span? In other words: Canon put some amazing 4K and 8K video modes on the R5/R6, perfectly aware of the heat production and tackling it, and stated clearly that those modes have recording limits. Period.

Not satisfied with the overheating fantasies, some avid bloggers came up with another EOS R5/R6 related, alleged issue. Starting with delivery issues they went as far as to suggest Canon might recall at least the EOS R5. Note that while delivery issues have been rumored since a while due to the global pandemic, now they are supposedly caused by the fact that Canon is shitting their pants because of, guess what…, the overheating issue. Neat, isn’t it?

Allegedly, some retailers (mainly in Germany) got ridiculously low quantities of EOS R5 cameras. Figures so low it’s hard to believe. A retailer is reported to have said he got only two R5s, the same source alleges that only 70 units were delivered to all of Germany. Honestly, we have a hard time to buy that. More likely Canon is selling boatloads of EOS R5 and EOS R6 cameras and can’t hold up. No way they are going to recall the EOS R5 or EOS R6. Sadly, these colorful fantasies are now picked up also by some big news outlets. You know, the headlines they matter.

Some issue theorists go so far to suggest Canon will deliver the next Canon EOS R5 and EOS R6 batch in October or November 2020, after having solved the issues. This is logical bs. Or does someone really think Canon can redesign the EOS R5 and EOS R6, build it, and ship it within 3 or 4 months? I mean, it’s Canon, ok, but that’s too much work in too little time to be feasible. Nevertheless, this crap will be with us for some time.

Besides the overheating-issue, which isn’t an issue, the other issues reported above have one thing in common: they are all based on third- or fourth-hand information. Murmurings and private speculations deceptively sold as reports. On the other hand, the folks at News Shooter reached out to Canon Australia and Canon USA to inquire about the product recall. While Canon USA has yet to answer, Canon Australia released a statement (emphasis mine):

These speculations are untrue. There is no recall. There are no delays in local shipment, with the first local pre-order consumers collecting their EOS R5 units from local retailers this week. Canon has been transparent about recording limits for the EOS R5 and is confident that the camera performs to stated specifications.

If you compare the attention the supposed issues get to the attention the outstanding EOS R5 /R6 autofocus system gets, you get the story. Sadly, it makes for better headlines pushing the overheating issue and the product recall issue rather than reporting and discussing the innovative technology featured on the EOS R5. 8K video on such a small, passively cooled camera body isn’t a common thing as far as I know.

Ok, enough of this rant. You’re welcome to sound off your opinion in the comment section.

Oh, almost forgot: the new Sony A7s III is said to overheat quicker than the EOS R5 ;-) And in case your hands start to burn because of overheating you might want to get the gloves below.

Here is another Canon RF 85mm f/1.2L review, and again the reviewer is very fond of this “boutique lenses“.

Coming from Christopher Frost Photography, the 8 minutes review below praises the lesns and wants to see if “potentially incredible, flagship portrait lens” is really “good enough to justify its incredibly high price [$2,599]”. Is it?

The new 12MP Sony A7s III is not really a direct competitor to the 45MP Canon EOS R5 but it’s nevertheless interesting to see how they compare. 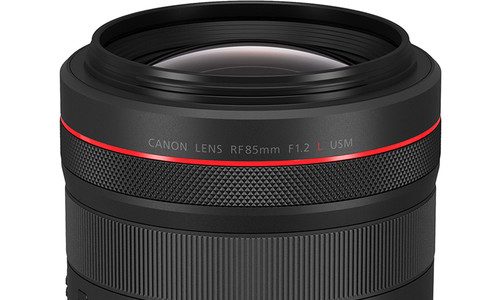 The Canon RF 85mm f/1.2L is one of the so called “boutique lenses” for the Canon EOS R full frame mirrorless system, and it’s an outstanding optical performer.

As far as sheer optical capabilities are concerned, the Canon RF 85mm f/1.2 USM L is nothing short of outstanding. It is one of the best – if not the best – lenses that we tested to date. The resolution is outlandish especially considering its extreme max aperture. Most lenses out there would consider themselves to be fortunate if they could deliver a peak performance similar to what the RF 85mm f/1.2 delivers at f/1.2 already. […] If it’s about the capability of producing as much object separation and background/foreground blur as possible, it doesn’t get any better. When looking a bit more into the details, there are a few imperfections though. The lens doesn’t love hard contrasts in the (rear) focus transition zone. To be fair here – you probably won’t notice this is most scenes. Out-of-focus highlights are nicely rendered. However, if you ask yours truly whether to buy this lens or the RF 85mm f/1.2 USM L DS, he’d go for the latter one. Nothing beats a creamy bokeh more but a creamier one – but that’s also a matter of taste, of course. Bokeh fringing is very well controlled albeit not totally absent at f/1.2.

Read the review at Optical Limits…