Panasonic announced a new mirrorless camera, the Panasonic Lumix GH6. See below what a Dual Output Gain sensor is and does.

In 2009, Panasonic introduced the DMC-GH1, the first model of the LUMIX GH series, with a photo/video-hybrid concept. Since then, the GH series has evolved to include innovative features demanded by users and has become renowned by creators worldwide as a first-choice tool thanks to its performance, mobility, and rugged design. The LUMIX GH6 is the latest addition of the series that again breaks the boundaries of digital mirrorless cameras.

Boasting 7.5 stops of powerful image stabilization with its Dual I.S.2 for agile handheld shooting, the LUMIX GH6 has adopted a new super high-precision 5-axis gyro sensor with a new algorithm to achieve 7.5 stops of Body I.S.4 and Dual I.S.25. It also offers a wide variety of recording formats, resolutions and framerates to choose from according to the purpose.

With expertise drawn from firsthand opinions, the LUMIX GH6 has been designed to recognize high quality video expression and workflow efficiency from setup to delivery in addition to excellent depiction performance and mobility. Together with a wide array of lens options, Panasonic is committed to leading the industry with creators who are seeking for a new way to go beyond the limitations of creativity.

Reduction for video, the detection capability of still and moving parts has been advanced, which makes it possible to optimize noise reduction while minimizing afterimages. As a result, the image quality of video with dynamic motion is enhanced. In addition, high-precision Dual 3D Color Control enhances color reproduction by brightness level, saturation level, and hue level for rich, faithful color expression.

The combination of the new advanced sensor with the enhanced saturation performance and engine makes it possible to render clearer images even in 25.2-megapixel high resolution and lower minimum ISO sensitivity at ISO 100 [Photo: ISO 50(Extended) – 25600 / Video: ISO 50(Extended) -12800].

For agile handheld shooting, the LUMIX GH6 has adopted a new super high-precision 5-axis gyro sensor with a new algorithm to achieve 7.5 stops of Body I.S.3 and Dual I.S.24. Thanks to this powerful image stabilization, even 100-megapixel high resolution images can be shot using the High-Resolution mode without a tripod. In High-Resolution mode, eight consecutive images are automatically shot while shifting the sensor using the Body I.S. (Image Stabilizer) mechanism and synthesized into a 100-megapixel equivalent (11552 x 8672-pixel) image that faithfully reproduces precise details to be saved as beautiful, highly realistic RAW and JPEG images. With its high mobility achieved by the compact, lightweight design and powerful Body I.S., the LUMIX GH6 makes previously impossible shooting, such as handheld ultra-telephoto shooting, possible. The 5-axis Dual I.S. 2 also works for video recording, including 4K video to record natural, comfortable-to-see video footage. It applies appropriate compensation according to the type of movement by precisely judging the cause – whether it was generated by panning, tilting or hand-shake. The B.I.S. compensates for camera movement even when an interchangeable lens without O.I.S. (e.g., a cine lens) is used.

In addition to 4:2:0 10-bit 5.7K 60p, 4:2:0 10-bit 5.8K 30p (4.4K 60p) anamorphic 4:3 video can be recorded utilizing the full area of the sensor. It is possible to display de-squeezed footage on the monitor in real time. 5.7K 30p internal video recording is available in ProRes 422 HQ and ProRes 422 for the first time in the LUMIX series using the CFexpress Type B card, which enables non-linear editing without transcoding. DCI4K, FHD ProRes 422 HQ and ProRes 422 will be supported with a future firmware update.

The LUMIX GH6 is capable of 4:2:2 10-bit C4K 60p internal recording and simultaneous output in 4:2:2 10-bit C4K 60p over HDMI. Since it is HDMI 2.1 compliant, it will support C4K 120p HDMI video output with a future firmware update. Moreover, capability of C4K 120p RAW output to Atomos Ninja V+ monitor recorder over HDMI 2.0, is under development, which also will be available with a future firmware update.

The LUMIX GH6 contains V-Log/V-Gamut capture to deliver a high dynamic range and broad colors. V-Log renders a very flat image while maintaining all the color information within the image. This means that there is a greater level of play when the images are put through post-production processes. The Live MOS sensor of the LUMIX GH6 achieves a wide color gamut known as V-Gamut, which is the GH6’s optimum color space and provides a color space that is wider than BT.2020. V-Log has log curve characteristics that are somewhat reminiscent of negative film and V-Gamut delivers a color space even larger than film.

The LUMIX GH6 offers the renowned colorimetry of the VariCam line of cinema cameras and uses their V-LOG picture profile and wider V-Gamut. For monitoring your work and to see an image that is no longer in LOG, the GH6 includes the V709 LUT (Look Up Table) with Rec.709 standard in the camera by default, this LUT can be output over HDMI or to the cameras monitors or both. It is possible to install your own LUT’s into the GH6 and access them from the V-Log View Assist menu. For users of the Varicam and EVA1 the GH6 can support LUT’s in their .vlt format, and for users of other camera systems we also support the .cube format.

The LUMIX GH6 offers a host of practical features. There are a variety of settings in Photo Style including different Cinelike gamma presets. “Cinelike D2” and “Cinelike V2” have similar gamma setting characteristics for film production. In response to requests from professional users, video assist functions such as Waveform Monitor, Zebra Pattern, Luminance Spot Meter, Frame Marker, Anamorphic Desqueeze Display, Red REC Frame Indicator and Tally lamps are available. The Safety Zone Marker, a new feature on the LUMIX GH6, shows a guide of 95%, 90% or 80% recording area to secure safety zone for the composition and for the subtitles. Center Marker now allows you to choose the type of the marker. In Color Temperature Setting, the kelvin values can now be displayed on the recording screen.

By using both an XLR microphone connected via the XLR Microphone Adaptor DMW-XLR1 (Ch1 Ch2) and built-in microphone (Ch3, Ch4), 48/96kHz 24-bit high-res audio can be recorded3. Users can combine several types of external microphones that fit the recording situation such as outdoor interviews where the voice of the speakers and ambient sound need to be recorded. The channel to use for the headphone can be switched during video recording and audio menus can be directly accessed with the Fn1 button on the camera top for easy sound level check during 4-channel audio recording. For the external microphone, a Φ3.5mm stereo jack is provided.

4K 60p Time Lapse videos can also be produced inside the camera. With the Exposure Leveling function, the exposure is automatically adjusted to prevent large changes in brightness between adjacent frames to produce equable time lapse footage.

USB host capability will be added with a future firmware update, making it possible to write the data directly to the SSD.

Some news from the industry. Panasonic makes cameras that are worth to have a look at. Here are the Lumix GH5M2, and the upcoming Lumix GH6.

Lumix GH5M2 at a glance:

Lumix GH6 at a glance (get notified when available):

Newark, NJ – Panasonic is proud to announce the development of the LUMIX GH6 that combines the new Micro Four Thirds sensor and a new image processor. This flagship camera of the LUMIX G Series will be commercialized for its release to world markets by the end of 2021.

After establishing the LUMIX brand in 2001, Panasonic introduced the world’s first digital single lens mirrorless camera in 2008*1. Since then, it has produced a host of innovative cameras and interchangeable lenses by taking advantage of the outstanding mobility and high video performance which are unique to the mirrorless camera system. These cameras and lenses were originally used for photography but have also been used for film creation. After 20 years of innovative contributions to the imaging culture, LUMIX cameras and lenses have earned a solid reputation with a wide range of users, including professional photographers and film creators.

As the next milestone in the evolution of the legacy of LUMIX cameras, Panasonic is proud to announce that the development of the LUMIX GH6 is underway. The flagship of the LUMIX G Series and the latest model of the GH line, it is renowned for its stunning mobility and innovative video performance. Combining the high-speed sensor and Venus Engine image processor, the new GH6 realizes next-generation video expression. Providing 4:2:2 10-bit DCI 4K/60p recording capability*2, the LUMIX GH6 achieves unlimited video recording when the camera is used under the certified operating temperature*3. It is reliable enough to record continuous footage for a desired duration. It also provides a 10-bit 4K 120p High Frame Rate (HFR) and Variable Frame Rate (VFR) for high resolution slow/quick motion video. Moreover, the GH6 records 10-bit 5.7K 60p video by taking full advantage of the newly developed Micro Four Thirds sensor. Accommodating a variety of recording modes and shooting assist functions, the GH6 enables photo/video hybrid-use for various purposes including films, music videos, documentaries and short clips for social media to meet the creators’ needs. The GH6 will retail for approximately $2500.

Curious about camera predictions 2021? Not a rumor post but an educated guess about what cameras we might see getting released in 2021.

The camera prediction 2021 comes from Dan Watson. The 15 minutes video below looks at rumored cameras that might get released in 2021. Can’t say for the others, but the Canon EOS R1 is indeed rumored to be released in 2021 (“R1” is a moniker invented by the community, not an official Canon denomination). Other cameras Dan discusses are the Sony a7 IV, the Panasonic GH6, and more “crazy awesome cameras we should see announced in 2021“. Enjoy.

We expect some new gear from Canon in 2021. Here is a possible RF mount lens roadmap and here we have a list of all Canon cameras rumored to get released in 2021. And if someone told you the EOS M system is going to die please have a look here. All our Canon and camera rumors are listed here.

What are your camera predictions for 2021? 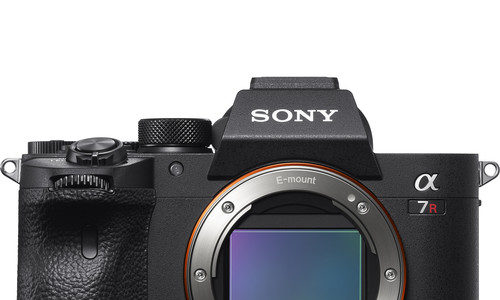 Here is a mirrorless comparison with high resolution cameras. Canon vs Sony vs Nikon vs Panasonic.

It’s not only Canon. Panasonic also made an important announcement today.

The Panasonic Lumix S1H can be preordered at B&H Photo and Adorama.

Dave Dugdale compares the Canon EOS R with the Sony a7R III (and to some degree with the Panasonic Lumix GH5) to see which camera performs best when it comes to video.