Sony announced the development of a new image sensor with 2-Layer transistor pixels.

*2: Based on comparison, on a one square μm equivalent basis, between existing image sensor and the new technology applied to Sony’s back-illuminated CMOS image sensor; as of announcement on December 16, 2021.

Sony announced this breakthrough at the IEEE International Electron Devices Meeting that started on Saturday, December 11, 2021.

A stacked CMOS image sensor adopts a stacked structure consisting of a pixel chip made up of back-illuminated pixels stacked atop a logic chip where signal processing circuits are formed. Within the pixel chip, photodiodes for converting light to electrical signals, and pixel transistors for controlling the signals are situated alongside each other on the same layer. Increasing saturation signal level within form-factor constraints plays an important role in realizing high image quality with wide dynamic range.

Additionally, because pixel transistors other than transfer gates (TRG), including reset transistors (RST), select transistors (SEL) and amp transistors (AMP), occupy a photodiode-free layer, the amp transistors can be increased in size. By increasing amp transistor size, Sony succeeded in substantially reducing the noise to which nighttime and other dark-location images are prone.
The widened dynamic range and noise reduction available from this new technology will prevent underexposure and overexposure in settings with a combination of bright and dim illumination (e.g., backlit settings) and enable high-quality, low-noise images even in low-light (e.g., indoor, nighttime) settings.
Sony will contribute to the realization of increasingly high-quality imaging such as smartphone photographs with its 2-Layer Transistor Pixel technology.

Two so called entry level full frame mirrorless cameras get compared. The Sony a7 IV vs the Canon EOS R6.

Canon EOS R6 at a glance:

DPReview compares the EOS R6 and the Sony a7 IV. From their conclusion:

The Sony a7 IV is the company’s first enthusiast model to be launched since Canon, Nikon and Panasonic joined the full-frame mirrorless melee. Looking through, detail by detail, it appears to do enough to pull Sony back ahead of what has been our favorite camera in the the sub-$2500 part of the market. There are no knockout punches landed against a camera as good as the R6, but the a7 IV keeps landing the blows: higher resolution and better dynamic range, slightly longer battery life, fewer restrictions and more support tools in video, a more useable fastest shooting rate.

The judge’s decision has to go the way of the Sony, then, with the scoring reflecting the much wider availability of lenses for the E-mount.

However, the viewers at home, particularly ones with an existing collection of EF-mount lenses may well dispute this decision. The a7 IV walks away with the title belt, but the R6 is likely to be recognized as a worthy fighter by many in the audience.

A non objective evaluation of the best and the worst video and photo gear of 2021. Don expect a sober analysis, though.

Chris and Jordan of DPReview TV discuss what they think was the best and t he worst video and photo gear released in 2021. Some drinking is involved, some fun too. So, don take everything death-seriously.

It’s that time of the year when Chris and Jordan look back on the year’s best and worst releases of photo and video gear. As has become traditional, they’ve devised a drinking game to help ensure that their recollection ends up as hazy as the output of the worst lens…

Here is another Canon EOS R3 review. This one is comparing the R3’s autofocus with the AF of the Sony Alpha a1.

Coming from Jared Polin, the 28 minutes review below compares the autofocus performance of the Canon EOS R3 and Sony Alpha a1.

You can download the Canon EOS R3 user manual from Canon. Or you might read it online. A technical brochure about the EOS R3 is available. You can watch the EOS R3 live-stream again here. All EOS R3 coverage is listed here. We put together some interesting videos about the EOS R3, listed here. Be sure to check Gordon Laing’s in-depth review of the EOS R3, part 1 and part 2. Oh, and don’t forget to listen how the R3’s 30fps sound. Canon EOS R3 product description after the break.

San Diego, CA – October 21, 2021 – Sony Electronics Inc. today announced three new additions to its imaging line-up: the Alpha 7 IV interchangeable-lens camera (model ILCE-7M4) with a newly developed 33-megapixel (approx.,effective) full-frame image sensor, as well as two new flashes – the HVL-F60RM2 and HVL-F46RM.The Alpha 7 IV takes “basic” to the next level for full-frame cameras with excellent image quality and performance, redefining the lofty standards set by the acclaimed Alpha 7 III.  The new model features many of Sony’s most advanced imaging technologies, including the latest BIONZ XR™ processing engine and advanced AF (autofocus) capabilities from the flagship Alpha 1 combined with streamlined operability and enhanced reliability for photos and movies, making it the perfect all-around camera for today’s imaging enthusiasts and professionals. The Alpha 7 IV also boasts a 33MP (approx., effective) image resolution, rich movie expression and various features to support the growing demand for remote communication, bringing new meaning to what a “basic” camera can accomplish.“Since its introduction over three years ago, the Alpha 7 III has made tremendous impact in our industry, completely redefining the expectations for what can be accomplished with a ‘basic’, or entry-level full-frame camera,” said Yang Cheng, Vice President, Imaging Solutions, Sony Electronics Inc. “Now, it’s time to break through all existing boundaries again. The Alpha 7 IV brings together the best of Sony imaging technologies in both photo and video to deliver a high-end experience to a wider range of customers.  This gives today’s creators a new level of freedom to capture, create and share in ways that they’ve never been able to before, no matter the situation in which they find themselves.”

The new Alpha 7 IV is an exceptional hybrid camera packed with outstanding still image quality and evolved video technology with advanced autofocus, enhanced operability and improved workflow capability. The model was developed with the environment in mind by using Sony’s original recycled plastic SORPLAS™ for the camera body and packaging with recyclable[i] materials and less plastic.

The latest BIONZ XR™ processing engine is the same that is used in Sony’s flagship Alpha 1, delivering high-speed AF, uninterrupted continuous shooting up to 10fps[ii] with AF/AE tracking and a large buffer for a prolonged shooting experience. The Alpha 7 IV tracks subjects with tenacious Real-time Tracking and 759 phase-detection AF points in a high-density focal plane phase-detection AF system that covers approximately 94% of the image area. Additionally, for the first time, Real-time Eye AF can now track birds’ and animals’ eye for both still images and movies, in addition to humans. The Alpha 7 IV also has face and eye detection accuracy for humans that is improved by approximately 30% compared to the Alpha 7 III.

To meet the growing need for precise autofocus performance when shooting videos, unique AF features are achieved when using the Alpha 7 IV with a Sony E-mount lens, including AF Assist[iii] that supports focus transitions when using AF, and Focus Map that visualizes depth of field. For the first time in the Alpha series, the new camera features Breathing Compensation[iv] to combat focus breathing and maintain a consistent angle of view throughout focus changes and can be switched on or off.

The Alpha 7 IV is a hybrid still and video camera with outstanding operability and reliability that easily allows the user to switch from photo to video and back at their convenience. New to Sony’s lineup of Alpha cameras is a dual-layer mode dial, with a lower layer for selecting Still/Movie/S&Q and a top layer for Auto/P/A/S/M and MR (Memory Recall), enabling users to quickly select and switch between the dedicated settings. It also has 5-axis optical in-body image stabilization for a 5.5-step[v] shutter speed advantage, an improved grip for greater comfort, and a CFexpress Type A compatible media slot to support media with faster writing and clearance. Additionally, the 3.68 million-dot (approx.) OLED Quad-VGA viewfinder is 1.6 times the resolution of the Alpha 7 III viewfinder, benefiting users with an upgraded live-view image quality that minimizes false color and increases resolution.

The Alpha 7 IV body is built with magnesium alloy to achieve a robustness while minimizing its weight. In addition, the redesigned structure and lens lock button contribute to enhanced dust and moisture resistance[vii]. 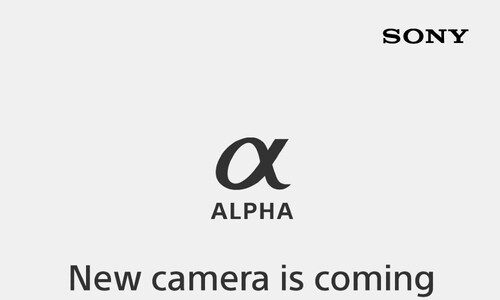 Sony will announce a new camera on October 21st, 2021. The Sony A7 IV. The specifications are already known since Sony leaked them by mistake.

Out friends at Sony Alpha Rumors found out that Sony unveiled some of the specifications for the upcoming Sony A7 IV through the tags they appended to a blog post. Here they are:

More about the Sony A7 IV specs have been reported at Sony Alpha Rumors: