Did Canon make a huge mistake when they told Viltrox not to market auto-focus lenses for the RF mount?

The reason for Canon’s reaction are patent infringements, i.e. violation of Canon’s intellectual property. So, was this a dumb move, besides being an overzealous move? Me thinks third party RF mount lenses would benefit the EOS R system as a whole. But who am I to judge?

Christopher Frost posted a video-essay where he analyses and discusses Canon’s decision. The video lasts 7 minutes and is definitely worth your time.

After the story about Viltrox having told by Canon not to make RF mount lenses broke, some speculations about the reasons surfaced.

What might be the reasons? Canon Germany released a statement to Photographix Magazine (emphasis mine):

So, all about copyright and patents, duh? That doesn’t seem to satisfy those who inquire more, and are keen to speculations. It is suggested, Canon does not have any “plans to give permission to third party manufacturers to utilize their RF mount patents as they pertain to electronics and autofocus anytime in the near future.” The reasons for that are listed as follows:

* Canon doesn’t feel the RF lineup is anywhere near maturity, and they want the lineup filled out with their own lenses first. Canon still has lots of work to do in both the non-L and L lineups.

* Canon believes the “more affordable” options are already covered by the hundred and whatever million EF lenses out there that work extremely well on the RF mount with Canon’s line of adapters.

* Canon isn’t done with tweaks and improvements to the RF mount.

This might well be the case. Never the less, it seems a bit of a far stretch to us and we wonder how much of this is just educated guess. What do you think? 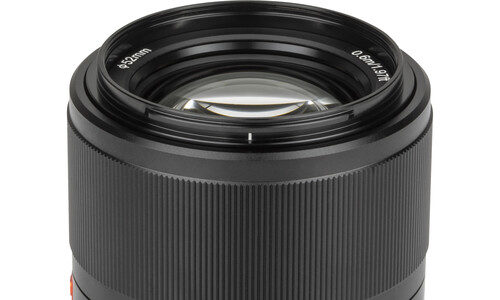 Does Canon not want Viltrox to manufacture lenses for the RF mount? Seems so.

It started with a user in the DPReview forum who posted a chat with Viltrox. Apparently, as you can read below, Viltrox has been “told by Canon to stop selling all RF mount products“.

Now, there is a follow up to this. So far Canon did not release any official statement. But now Canon Germany answered to German Photographix Magazine, and Canon said (machine translated):

So, it’s about patents and intellectual property. Anyways, not cool at all dear Canon. Change your mind asap, please. 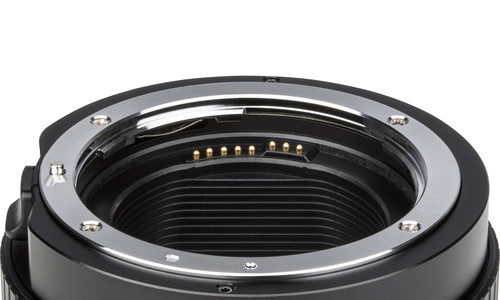 Get the Viltrox EF-R2 Canon EF Lens to Canon RF Camera Mount Adapter on sale at $69. Compare at $99.

This has to be categorised under “good and hot news”.

Viltrox will soon release a 0.71x speed booster for the Canon EOS M system. If you do not know what a speed booster does have a look at the short video below by Kinotika. Spoiler: your APS-C EOS M will perform close to a full frame camera. Who needs a Canon EOS R?

Viltrox products are available on Amazon.