The most notable feature is the “Dehaze” tool for Lightroom CC (video above). And the bad news is that Lightroom 6 will not get it. Adobe has different update paths for LR 6 and LR CC, and that’s not good in my opinion.

You can get an overview of the new features at Lightroom Killer Tips. 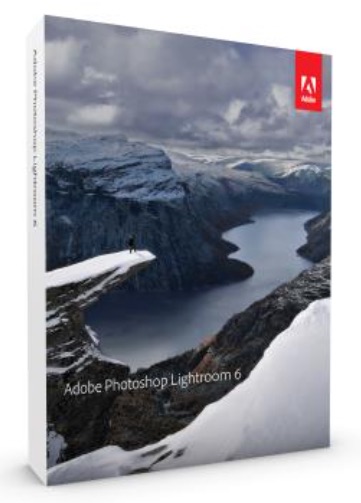 At the heart of Creative Cloud is Adobe CreativeSync, a signature technology that intelligently syncs creative assets: files, photos, fonts, vector graphics, brushes, colors, settings, metadata and more. With CreativeSync, assets are instantly available, in the right format, wherever designers need them – across desktop, web and mobile apps. Available exclusively in Creative Cloud, CreativeSync means work can be kicked off in any connected Creative Cloud mobile app or CC desktop tool; picked up again later in another; and finished in the designer’s favorite CC desktop software.

In addition to these updates Adobe debuted Adobe Hue CC today. Hue CC provides an easy way to capture and share production-quality lighting and color schemes – for video, film and broadcast – by using an iPhone camera and then applying these light and color moods into a Premiere Pro CC or After Effects CC project.

Adobe Stock Content Service Launched, With Deep Creative Cloud Integration
Adobe Creative Cloud is evolving into a vibrant global marketplace. Adobe Talent, introduced in 2014, connects the world’s best creatives with work opportunities from major brands and agencies; and today the company launched Adobe Stock, the first stock content service to be integrated directly into the creative process and the tools that creatives use every day (see separate press release). Now creatives can jump-start projects, with access to 40 million images, right within tools such as Photoshop CC, InDesign CC and Illustrator CC. Adobe also announced it will offer industry-leading rates to photographers and designers contributing content to Adobe Stock.

Creative Cloud Enabling the Digital Transformation of Enterprises
Major enhancements to Creative Cloud for enterprise were also announced today: a solution for large commercial, education and government customers who must radically speed the development and publishing of customer experiences, as part of their digital transformation strategies. This edition includes all the product features from today’s Creative Cloud 2015 release, plus expanded security options and deep connections with Adobe Digital Publishing Solution (DPS) and Adobe Marketing Cloud. Two new security capabilities ensure protection of corporate assets, including customer-managed encryption keys and a new managed service hosting option, which offers dedicated storage behind a customer’s firewall. Creative Cloud for enterprise also supports an upcoming release of DPS, empowering existing teams in organizations to rapidly design and publish mobile apps without writing code. A public beta of this major update to DPS is available this week, with more information available at http://adobe.ly/dpsnextgen.  Content from Creative Cloud for enterprise also syncs with Adobe Experience Manager (AEM), a key component of Adobe Marketing cloud, to accelerate marketing campaigns by streamlining creative-to-marketing workflows.

Pricing and Availability
Today’s updates to CC desktop and mobile apps are immediately available for download by Creative Cloud members as part of their membership at no additional cost. Membership plans are available for individuals, students, teams, educational institutions, government agencies and enterprises. When adding Adobe Stock to any paid yearly Creative Cloud membership plan, creatives can save up to 40 percent over purchasing stock content separately. For pricing details, visit: https://creative.adobe.com/plans. An innovative web experience for customers, showcases the new features and capabilities launched today, at http://makeit.adobe.com.