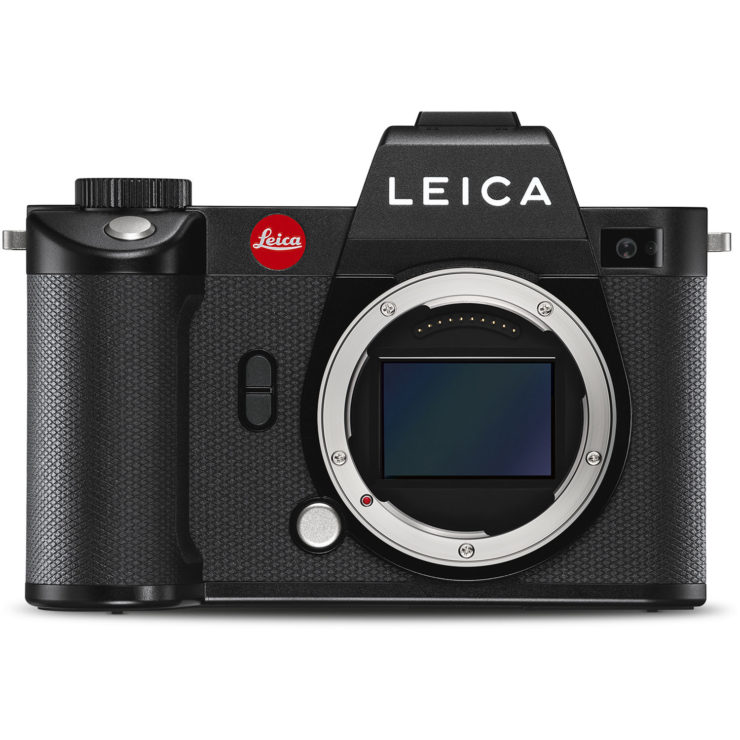 The Leica SL2 is available beginning November 21, 2019. If you have $6000 to burn you may preorder the Leica SL2 at B&H Photo or Adorama. We recommend you get a Canon EOS R instead.

Leica SL2 at a glance:

Building on the foundation established in 2015 with the visionary Leica SL-System, Leica Camera proudly introduces the Leica SL2, the storied brand’s new icon and next evolutionary step towards building the perfect all-purpose camera. By listening closely to the valued feedback of photographers and existing SL owners, Leica made many efforts to push the envelope of technological innovation and performance while respecting its heritage of design and legacy. In addition to a technical marvel of pure performance and unmatched build quality, the Leica SL2 is also a joyous experience to use with improved ergonomics and more comfortable grip married to the well-established, simplified three-button control layout, further unifying the Leica design language across multiple product lines. While cutting-edge new features such as in-body image stabilization unlocks newfound potential from legendary Leica M-Lenses, it simultaneously augments the growing selection of SL-Lenses which are some of the finest optics Leica has ever produced. The Leica SL2 is the natural evolution of the innovative Leica SL, serving as a groundbreaking embrace of the future of digital photography and videography while paying homage to its respected history and lineage.

The SL2 is the only mirrorless camera designed and crafted in Germany, with an unmatched all metal solid construction and elegant leather wrap to withstand the time and deliver years of photographic pleasure, thanks to the sustainability guaranteed by consistent firmware updates.

The Leica SL2 offers an innovative user interface whose efficient design allows photographers to focus their attention on the creative process. The design alignment with the existing M and Q systems makes the adjustment even easier for existing Leica photographers.

The main recording parameters can be viewed on the rear display and adjusted quickly and easily with a simple finger tap. A click wheel, a joystick and three strategically placed, individually configurable buttons also contribute to a straightforward operation. Thanks to two dedicated status menus for stills and video recording, the parameters for either shooting mode can be adjusted entirely separately from each other.

Improved ergonomics for stress-free shooting in any situation

Despite significant technical improvements, and the presence of in-body stabilization, the Leica SL2 has kept the same size than its predecessor and feels particularly compact to handle. Improved body design paired with increased durability make the SL2 the perfect companion for all forms of shooting. The SL2’s IP54 certification ensures an elevated weather sealing for more rugged situations, while a new option to turn off noise reduction during long exposures allows for more hands-free shooting. Less worry about the weather and environmental situations means photographers can focus more on getting the shot.

Overall the design of the SL2 recalls more of the iconic Leica identity and traditional design DNA elements that the brand has become known and loved for.

The unprecedented resolution of the SL2’s CMOS image sensor in full-frame format results in an unparalleled level of detail rendition and image quality. Enormous dynamic range, a color depth of 14 bits per RGB channel and a sensitivity of up to ISO 50,000 enable outstanding image quality in all lighting conditions. Even when combined with Leica TL lenses, which are designed for the smaller sensor format of the Leica TL2 and CL, the SL2’s sensor still delivers an excellent image resolution of over 20 megapixels.

The new Leica Object Detention AF ensures a fast and reliable AF. In addition to an array of modes and features, including face recognition, the SL2’s high-performance AF system also automatically detects whether a subject is stationary or in motion, and subsequently switches between motion and focus priority.

In a major evolution of the SL, the Leica SL2 features a suspended sensor which adjusts its position in order to quickly and efficiently compensate for camera shake. This in-camera method even makes image stabilization available to lenses that are not equipped with their own.

Additionally, in multishot mode, the tripod-mounted camera can record up to eight consecutive frames, whereby the sensor is shifted in half-pixel increments in between every exposure. This key feature results in images with an incredible quadrupled resolution of around 187 megapixels, leading to an extreme increase in detail resolution.

The camera’s electronic viewfinder now boasts a resolution of 5.76 megapixels, allowing for a large, entirely natural-looking viewfinder image. Simultaneously, the experience is further enhanced when using the touchscreen, which has increased in size to a 3.2-inch diagonal, and now offers a significantly higher resolution of 2.1 megapixels.

The new Maestro III processor facilitates a superior operating speed that shines in many aspects of the SL2’s performance. The autofocus is significantly faster and allows for a virtually lag-free shutter release in any shooting situation, which is further complemented by the new Smart AF mode, which autonomously switches between focus priority and shutter release priority. Full-resolution recordings of consecutive images are possible at 10 frames per second with the focal plane shutter, and 20 frames per second with the electronic shutter. Thanks to two UHS-II-compatible SD card slots, raw files can be saved simultaneously in DNG and JPEG format.

In addition to its great appeal for photographers, the Leica SL2 speaks the language of cinematographers, as the camera is able to record up to 60 frames per second in Cine 4K mode, and up to 180 frames per second in Full-HD mode. Activating Cine mode transforms the SL2 into a manually controlled cine camera as ISO becomes ASA, the shutter speed is marked in degrees on the rotary disk shutter, and the f-stops indicating the aperture ratio are replaced by T-stops, which measure the actual amount of light transmitted through the lens. Connecting audio equipment to the Leica SL2 no longer requires the use of adapters, as the camera now features a build in headphones and mic jack, complemented by a fully-fledged HDMI connector for external monitors.

Featuring an L bayonet lens mount, the Leica SL2 is not only compatible with the ever-growing portfolio of SL-System lenses, but also with lenses of the TL-System and with the legendary lenses of Leica’s M, S and R-Systems via adapter, providing more than 170 Leica lens options, guaranteed to offer the right fit for any photographic scenario. The L-Mount Alliance expands this scope of possibilities even further, by giving SL2 photographers access to L-mount-compatible lenses from Sigma and Panasonic.

Of course the new Leica SL2 is supported by Leica FOTOS, the versatile app available for Android and iOS Smartphones. Leica FOTOS connects directly to the camera via Wi-Fi (Bluetooth® is supported where available) and saves the registration details to make future connections between the camera and the app as fast and convenient as possible. Leica FOTOS enables photographers to access the Live View function of the camera and remotely change exposure-relevant settings such as aperture, ISO value, shutter speed and exposure compensation from a smartphone. It naturally also allows wireless control of the shutter release, which opens up entirely new creative opportunities.

Thanks to the high-resolution displays of modern smartphones, pictures can be viewed immediately at full size to assess their sharpness. The exposure parameters are also displayed, which can be extremely helpful for adjusting the settings for subsequent exposures.

As soon as a personal selection has been made, the pictures can either be shared in social networks, or saved for mobile post processing in the smartphone. Leica FOTOS can be used for this in combination with many popular post processing apps. To exploit the full potentials of digital image processing, the pictures can also be transferred to the respective app in DNG RAW data format. If users wish to save the finished pictures after processing on their smartphone, they can take advantage of the option for saving them to a separate Leica Gallery – this keeps painstakingly composed and processed pictures from the Leica FOTOS app separate from simple snapshots. Expect many new features and a whole new mobile workflow experience on the iPad when Leica FOTOS will be available in version 2.0 from November 21, 2019.