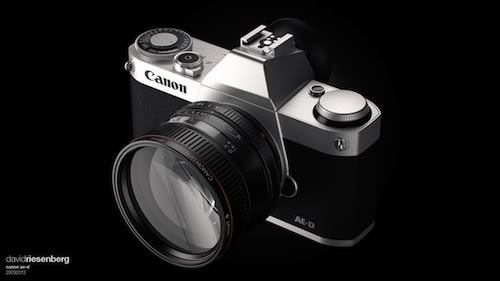 The long running speculations and rumors about a Canon full-frame mirrorless camera got a new push.

I’ve been told (thanks) that 2018 may indeed be the year Canon will announce the company’s first mirrorless camera with a full-frame sensor. For sure such a camera is highly anticipated by the community.

In the past there were all sort of rumors, sometimes one contradicting the other. One of the more interesting suggestions was given to us in January, and it said Canon’s full-frame mirrorless camera may have the same sensor and electronics as the EOS 6D Mark II. While this could be considered at least plausible back in January it no longer does in August. There was no announcement of a Canon full-frame mirrorless and I strongly doubt there will be one before end of 2017.

A full-frame mirrorless camera set to go to market in 2018 will not have the same internals as the EOS 6D Mark II, let alone the same sensor. Canon needs to catch up with the competition (Sony, mostly) and the high resolution sensors delivered. 2018 will be the year when Canon will start delivering image sensors with resolutions well over 30MP for all their full-frame cameras.

So, what do we know about Canon’s mirrorless camera? A few things we do:

I think the most interesting bit among the very scarce information we have so far is related to the EF mount. Given Canon’s incredible laziness in producing dedicated lenses for their EOS M system, I can only hope Canon’s engineers manage to build a mirrorless camera with EF mount.

What do you think, will we see a Canon full-frame mirrorless camera in 2018? And do you think it will have an EF mount? Sound off in the comment section, I am curious to know your thoughts.

A new rumor with uncertain reliability surfaced from the deep corners of the interweb. Two…