Want to check out Canon EOS R7 sample photos? Here we are. All pictures can be downloaded for your pixel peeping pleasure. 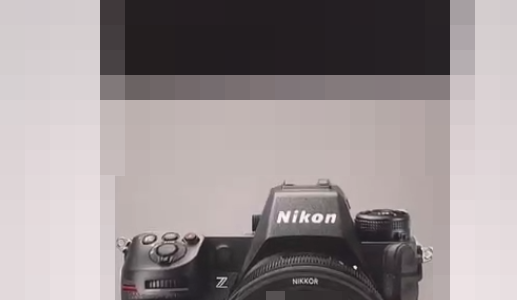 A few days ago a rumor came up, suggesting Nikon might be set to release a new Z mirrorless camera soon.

Now an alleged image of the Nikon Z 8 was leaked by the same Twitter account that started the rumor. You can see the leaked image above.

Here is on of the first serious Canon EOS R7 hands-on reviews.

The EOS R7 is a unique proposition. It’s easy to see The R7 as a successor to Canon’s 7D Mark II, especially given Canon’s R5 and R6 were, more or less, mirrorless successors to their 5D Mark IV and 6D Mark II predecessors, respectively. But that isn’t quite the case with the EOS R7, as we hit on in the previous slide.

Despite offering similar specifications to the 7D Mark II in many respects, its price, interface and accessory lineup at launch is more in line with Canon’s X0D series of cameras. As it stands, it’s a proper enthusiast camera with features and specifications that should satiate the needs of most any enthusiast, be it for stills, video or some combination of the two.

[…] the R7 is a respectable camera for both stills and video. The fact Canon is using the same Digic X processor found in its more capable full-frame RF cameras – and is using dual UHS-II card slots – suggests Canon wants to position this as a more capable APS-C system. Read the review at DPReview…

After yesterday’s story that Nikon is set to withdraw form SLR camera production, a new report reiterates that Canon will follow suit.

Nikon’s SLR cameras have been widely used by professional photographers for more than 60 years and have come to be seen as synonymous with the Japanese company.

It now plans to focus resources on mirrorless cameras, which have become mainstream products on the back of more advanced digital technologies.

This doesn’t come as a breaking new to Canon fans. Reports about Canon retiring SLR production showed up some time ago (and where partly denied by another Canon exec).

The future present is mirrorless.

A new Canon EOS R7 review. It’s not stated but I am confident it is a pre-production model of the EOS R7.

[the reviewer] puts the EOS R7 through its paces, in its ideal habitat; photographing birds of prey. See the results and find out all about this impressive successor to the EOS 7D DSLR series. The EOS R7 is Canon’s flagship APS-C EOS R mirrorless camera. It packs precision AF, state-of-the-art image stabilisation and incredible speed into a next-generation mirrorless EOS R series body. The result is a true hybrid camera: able to tell stories with still and moving images. With you on every step of your creative journey.