Rumor has it that the next Canon Rebel (EOS 750D in Europe) will come to market with two different models, the 750D and the 760D.

A spec list that sounds to good for a Rebel/EOS xxxD camera. And a 24MP sensor is listed. That would mean the next Rebel gets a new sensor tech (at least resolution-wise), instead of the current 20MP sensor featured on the EOS 70D and EOS 7D Mark II. Unusual to introduce a new sensor on an entry-level camera. No US naming scheme is mentioned. To some degree, the possible split in two different models reminds me of a rumor I posted a few weeks ago, suggesting Canon will release a new DSLR between the EOS 750D and the EOS 70D.

Interestingly enough, the (supposedly) higher model of the two, the 760D, has  a rear control dial. We saw such a controller on a so far undisclosed DSLR that leaked a few weeks ago in some Connect Station CS100 promotion material. See the pic below. 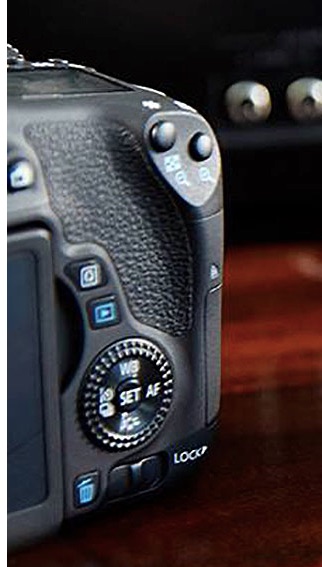 CR themselves rate the rumor very low, and I agree. The spec list looks more like a wish-list. However, the possible split in two variants of the next Rebel is in some way related to the rumor of a DSLR positioned between the 750D and the 70D.

Specifications of he soon-to-come replacement for the Powershot SX610 HS leaked over the web. 20.2MP…

The glorious  - No longer available from distributors? NL reports that in Germany there are "several Canon…

Looks like the the upcoming Rebel T4i/EOS 650D could be announced this week, on Friday…