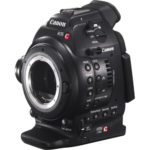 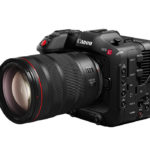 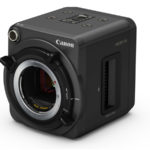 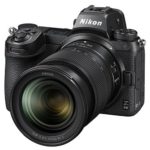 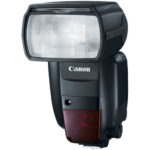 Good news for all who want to use the world’s most impressive lens line-up on a Sony NEX or a m4/3 camera. Kipon just announced the production of an adapter with full electronic control:

Listing specific dates and prices to be determined.

Just a quick post I shamelessly “stole” from my friends over at mirrorlessrumors.com. Ken Rockwell gave us his word and thoughts about the newly released EOS M: No one made it right but Canon, EOS M is the “world’s first serious mirrorless camera“

By “serious,” I mean professional grade. Sony, Samsung, Olympus, Panasonic and other third-tier brands offer lots of mirrorless cameras, but then aren’t pro grade; they are just consumer electronics products and usually only with smaller 4/3 sensors (or smaller) and/or lens mounts often with few advanced lenses available.

More pre-order options here. The image of the EOS M chassis below comes via CSCmagazine.

Pre-orders: EOS M page on Amazon, EOS M search on Amazon UK, EOS M on B&H and Adorama. If you live in Germany stop by at wexcameras.de. For more pre-order links (US, UK, DE, world-wide) and specifications click here.

After the heat of Canon’s EOS M announcement (and related server crashes :-)) it’s time to round-up the available news, reviews and hands-ons. Canon’s first attempt in the mirrorless market is a consumer oriented camera, it will typically be sold as a kit with the EF-M 22mm f/2 STM lens for $799 (B&H, Adorama). Canon also announced another lens for the EOS M, the EF-M 18-55mm f/3.5-5.6 IS STM lens, sold for $299.99 (Adorama, B&H). Various accessories are also available (click here for Amazon’s EOS M page). Nevertheless, while aiming at the consumer market the EOS M has all the advanced/manual controls needed for a creative approach to photography. And there is more: the EOS M can use Canon’s whole lens line-up with the EF-M Lens adapter for EF/EF-S lenses ($199.99, Amazon and B&H). Canon wanted to keep things simple, aiming at users who want high quality images without the complexity of a DSLR. As you probably know, a more pro oriented mirrorless camera by Canon is expected to be announced for Photokina, in September 2012.
Compared to its direct competitors, the EOS M costs $50 more than the Panasonic GF5 with 14mm f/2.5 pancake and $400 more than the Panasonic GF3 with the same 14mm lens, Panasonic’s GX1 with 14-42mm kit lens is $250 less, with the 14-42mm Power Zoom lens the GX1 is $50 more expensive than the EOS M. Compared to Olympus, the EOS M costs $200 more than the E-PL3 with the  17mm pancake. Compared to Sony’s more pro oriented NEX7 (body only), the EOS M is $ 400 less, compared to the recently released NEX F3 with the 18-55mm it’s $200 more. Finally,  there is Nikon, the EOS M costs $50 more than the 1 V1 with the 10-30mm lens, and $300 more than the 1 J1 with the same lens.

Let’s go for the reviews. Engadget (video below), The Verge, comprehensive hands-on at pocket-lint and digitalcamerainfo. Another hands-on at whatdigitalcamera (second video below), preview at C|Net UK. The filmmakers at EOSHD also had their hands on the EOS M. Philip Bloom (The death of the DSLR  in it’s current form is inevitable), Dpreview and Techradar and Imaging Resource and Spanish hands-on at DSLRmagazine, and German at heise.de. More and more EOS M clips on youtube.

Let me know your thoughts….

Videos featuring the EOS M are showing up on youtube. Here the last I found. If you are hunting for pre-order links (US, UK, DE, world-wide) and more videos and previews and various information about the EOS M then click here.