The Nifty-Fifty, the no brainer and must have lens for every Canon shooter, the EF 50mm f/1.8 STM is discounted for Black Friday.

The Nifty Fifty for the Canon EOS R full frame mirrorless system was a few weeks ago. We are talking about the RF 50mm f/1.8 STM.

Another Canon RF 50mm f/1.8 STM can be seen here. With a price tag of $199 this little lens will sell like hot cakes.

With a price tag of $199 this little lens will sell like hot cakes. 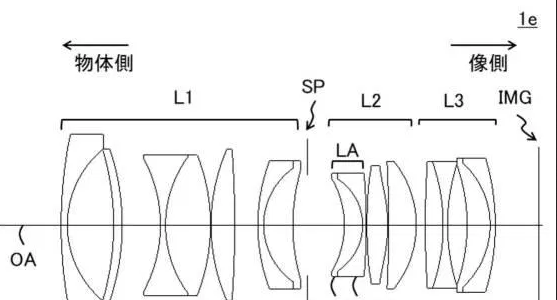 The patent application seems to reveal a modern and complex optical design with front and rear lenses for optical correction. Moreover, we think it has internal focusing, a small size and a very fast auto-focus. Another two lenses that might go into production.

“As Canon began to further build out the company’s RF lens portfolio, the goal in mind was to create advanced lenses, for a variety of experience levels, that also featured a sense of familiarity for longtime Canon users,” said Tatsuro “Tony” Kano, executive vice president and general manager of Canon U.S.A.’s Imaging Technologies & Communications Group. “Canon prides itself on being able to uniquely offer both input and output solutions to our customers. We are equally excited to see the images captured with the new lenses, and the prints that are to be created with the new PIXMA PRO-200 printer.”

Canon RF70-200mm F4 L IS USM Lens
The Canon RF70-200mm F4 L IS USM lens is ideal for photography enthusiasts ranging from advanced amateur to professional skill levels. The compact and lightweight nature of the lens makes it Canon’s shortest and lightest 70-200mm F4 zoom lens to date. This RF lens is approximately 32 percent shorter and 11 percent lighter than its EF counterpart with a large portion of the lens element arrangement closer to the camera body. This arrangement is designed to provide photographers with a more balanced feel and experience even at the zoom range’s telephoto end. Additionally, the shorter and lighter design allows the lens to more easily be stowed away in a camera bag when not in use.

Additional Features of The Canon RF70-200mm F4 L IS USM Lens Include:

Canon RF50mm F1.8 STM Lens
Creatives love using a 50mm lens because that focal length is similar to the natural viewpoint of the human field of vision. This perspective allows for the lens to be used in a wide variety of shooting situations, including portraits, landscapes and food photography. What’s more, Canon 50mm f/1.8 lenses have long been a popular tool for both photographers and creators due to their budget-friendly price point, extremely compact and lightweight form factor, and versatility.

The tradition continues with the RF50mm F1.8 STM that, in many ways, is improved over its EF counterpart. The first visually noticeable improvement is the customizable control ring that has become synonymous with RF lenses. The control ring allows photographers to adjust exposure compensation, shutter speed, aperture, or ISO and with a flip of the side switch can adjust focus. The inclusion of a PMo aspherical lens helps to reduce chromatic aberration and provides high-image quality even at the periphery of the image. Additionally, the combination of the lens shape and Super Spectra Coating (SSC) helps to minimize ghosting and flaring.

Additional Features of The Canon RF50mm F1.8 STM Lens Include:

Canon PIXMA PRO-200 Printer
Continuing a long history of high-quality input to output digital imaging equipment, the PIXMA PRO-200 printer is 15% smaller than its predecessor, the PIXMA PRO-100. With the ability to print up to 13 inches x 19 inches and featuring improved ChromaLife 100+ dye-based ink, the latest PRO printer helps to create prints that are more representative of the original digital file. A helpful tool of the trade for photographers who print work for themselves and graphic artists or photography students working on their portfolios from their homes, the PIXMA PRO-200 printer also features:

The Canon PIXMA PRO-200 printer is scheduled to be available later in November 2020 for a suggested retail price of $599.99*. 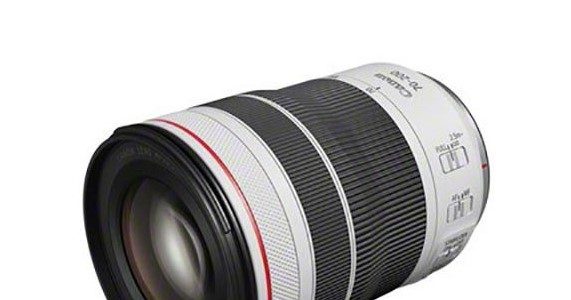 We expect the announcement for both lenses within days.