As you fine and well-informed folks surely know, there is a chip shortage going on. Blame the pandemic, as usual.

Nikkei Asia reports that Canon is about to acquire the Canadian chip maker Redlen. For $270M. It’s not much about cameras but for computer tomography (CT( scanners.

Redlen Technologies, created in 1999, currently employs around 200 workers. It does not disclose its annual sales. Canon has a 15% stake in the Canadian company and appears to have agreed with other shareholders to buy the remaining 85%.

The acquisition is expected to be completed this fall.

Canon would be able to make the needed chips on their own.

DPReview TV posted a neat 5 minutes video about how EVFs (Electronic ViewFinders) evolved over time. Not surprisingly, the excellent EVF featured on Canon’s EOS R is not discussed.

Click here to see all eligible items (and don’t forget code ON7A when checking out).

Located in the heart of Arlington’s Entertainment District, Esports Stadium Arlington is a $10 million, 100,000 square-foot facility built to serve the unique and technologically advanced demands of the esports industry. Designed by award-winning architectural firm Populous and brought to life with build partner Shawmut Design and Construction, the stadium features a competition space with a built-in 85 foot-long, LED wall accompanied by an immersive sound and theatrical lighting system.

“Canon’s ability to supply lenses that met our 4K visual needs, budget constraints, support and time requirements helped us succeed in building this industry-changing facility,” says Corey Dunn, Executive Producer with NGAGE Esports, who oversaw all operations and production for Esports Stadium Arlington. “Working with Canon has been great and has afforded us the maximum flexibility for a facility of this size.”

The City of Arlington also purchased four CJ24ex7.5B 4K UHD telephoto zoom lenses and one CJ14ex4.3B 4K UHD wide angle zoom lens, notable for their compact size and low weight, supporting high-mobility shooting often involved in sports-entertainment production. All the lenses, which are being paired with Grass Valley cameras, will enhance current HDTV optical-imaging performance, while solidifying a place for the shift to 4K production.

“We chose Canon’s broadcast lenses not only for their superb 4K optical quality, but for the Company’s leading service and support offerings,” said Marc Scarpa, founder and executive producer of Simplynew, the systems integrator for the stadium. “This is more than an one-time equipment purchase—it’s the start of a new relationship with Canon as we look to shape the future of esports.” 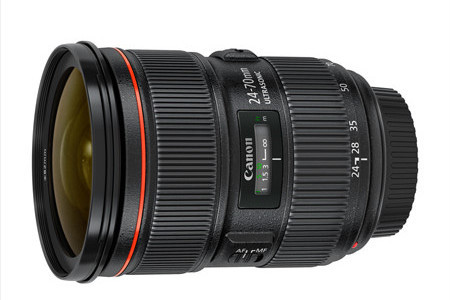 Lensrentals posted some stats about the gear they rent. As expected Canon has quite a presence.

Nokishita reports that Canon will announce a new flash, the Canon Speedlite EL-100.

September 5th, 2018 is the day – save the date. Canon will announce a lot of new gear, most notably their first full frame mirrorless system, the Canon EOS R, which already has leaked with all the bells and whistles. More information about the upcoming Canon gear can be seen here and here and here.