We have been told that Canon is set to hold a major product announcement next week. Is the PowerShot G7 X Mark III eventually going to be announced?

We have been told that Canon will announce the new gear on July 9 or 10, and the PowerShot G7 X Mark III seems to be the most likely gear to be announced. 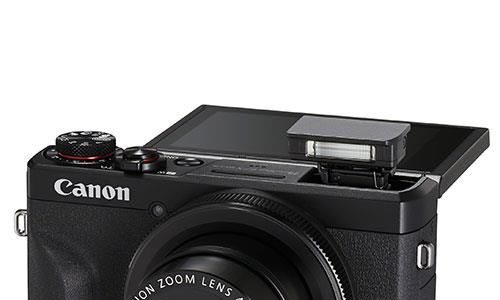 The specifications appear to be rather cool, with 4K video and 30fps raw shooting on board. According to the specifications below, it’s a back illuminated sensor, and hence it could be a Sony sensor.

We expect the announcement next week. Stay tuned.

Nokishita spotted a document filed by Canon at a wireless certification authority.

The Canon PowerShot G7X III should be announced soon.

Nokishita posted a set of images of what definitely appears to be the upcoming Canon PowerShot G7 X Mark III compact camera (all rumors). The images might belong to the registration at a wireless certification authority.

A list off supposed specifications for the upcoming Canon PowerShot G7 X Mark III surfaced over the web.

The Canon PowerShot G7 X Mark III may have the following specifications:

Looks a bit like wish-list to me. Also it’s somewhat hard to think that Canon will feature 4K on a PowerShot, given how reluctant they were to put it on consumer models. All in all it looks a bit to feature rich for a PowerShot camera.

An announcement towards Q4 2018 may be realistic. There is Photokina in September and Canon won’t miss this stage if they have something important or just new to display. 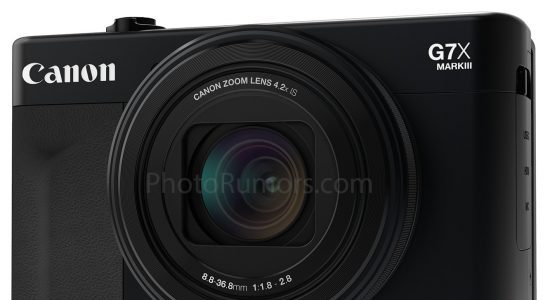 UPDATE: it’s now safe to assume the images of the Powershot G7X Mark III are fake. A well made one. The images you see on the display have been taken from Unsplash. One was taken with a Canon Rebel T6,  the other with a DMC-GX85.

Not the first time a well elaborate prank fools the rumor community.

Yesterday three pictures of what appears to be the Canon PowerShot G7 X Mark III leaked on the web.

Since then some voices raised doubts about the legitimacy of the images. It’s a common issue when images of upcoming cameras leak ahead of the official announcement.

We can yet not confirm if these images are real, or some elaborate CGI work. From the images you can learn some basic specs. The (supposedly) Canon PowerShot G7 X Mark III has an 1″ image sensor, USB-C connectivity, a microphone jack (!), HDMI output, and a hot shoe. Not bad for such a small camera.

And then this 4K thing, which seems almost to be too good to be true. However, among the murmurings raising on the web, there is pretty good analysis by Canon News about what may indeed raise your eyebrows.

Powershot is not mentioned anywhere on the camera. Every PowerShot shot has PowerShot written on it somewhere

The top dial doesn’t have EC on it, which means that canon is actually removing the EC dial from the G7 X Mark III.

There’s no click / smooth button for the dial around the lens.

The video images show 120 minutes and 60 minutes which would classify this as a video camera and not a stills camera for European import taxation. This won’t happen.

There’s no sensor on the front of the camera for the infrared remote trigger. Every Canon has that.

There are some good points in the list above. I noticed the not Canon-like buttons, and that there is no “PowerShot” mentioned. This is either a bold move by Canon, or a well made fake. See for yourself (images via Photo Rumors):

It wouldn’t be the first time that rumor sites get fooled by some elaborate prank. What do you think? We are not sure yet.

There is definitely new gear coming from Canon ahead of CP+ (starting March 1, 2018). We listed here what we expect Canon to announce in the next weeks. Stay tuned.